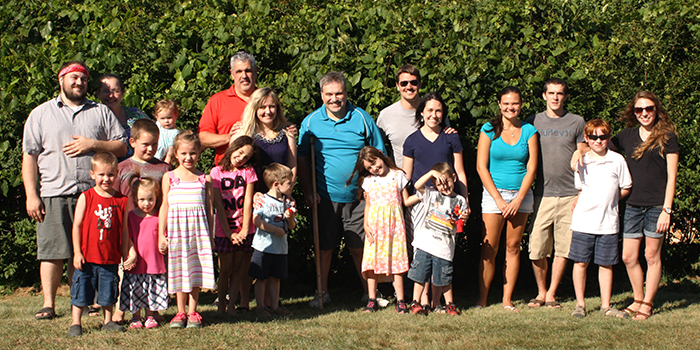 Michael graced the staff with his grilling and others contributed their own recipes.

“The potato salad was my favorite,” said Michael.

“The best part about the company picnic was meeting everybody’s families. Although, getting leftovers to eat all week at work so I didn’t have to pack a lunch was great too!” said Amber.

Sean and Scott won against Ron, Caden and Doug in bocce. While much time was spent looking for lost bocce balls, we are happy to report that none went permanently missing.

CemSites hopes to plan a picnic again next summer. “I enjoyed meeting and getting to know the families of all of the employees,” said Scott. “I’m looking forward to a bigger event next year, perhaps at a local park.”

Thank you to Michael and his wife, Susan, for hosting and to all who attended and brought delicious food to make our first picnic a success!