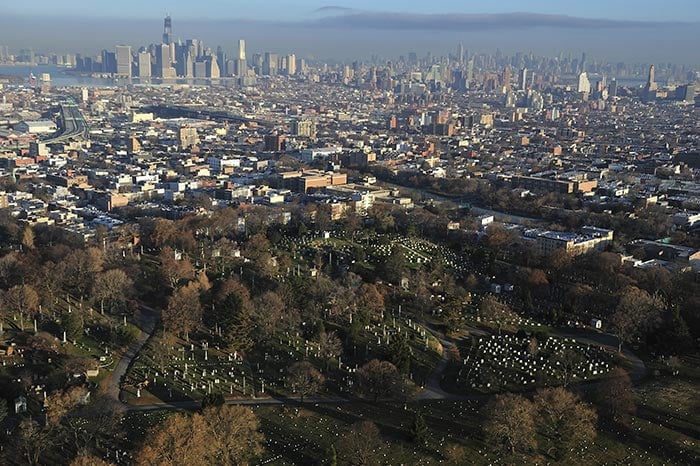 With urban areas expanding more and more every day, ecological studies have changed, specifically how animals interact with these urban areas. One area to study are large city cemeteries and that’s what some teens with the Project TRUE (Teens Researching Urban Ecology) were helping with in New York City this summer.

Students went to a number of parks in the New York area and set up trap cameras–cameras that take photos of locations based on movement– to track the movements and categorize the local animal populations. The highlight location for most of the teens, however, was Green-Wood Cemetery (see here, here, and here).

Green-Wood Cemetery is a historic cemetery based in New York City and was established in 1838 and is one of the first rural cemeteries in the United States. The property is 478 acres, filled with hills and valleys and large wooded areas that make it a great location for animals to visit.

Over the course of the summer, the students reviewed their cameras and took data down of all the habitants within the cemetery. Initially, the cameras caught a number of people (from the knees down) and their four-legged dog friends but not too much else. After the students adjusted the cameras, they got more photos of a large swath of animal life, including possum, groundhog, raccoon, feral cat, white-footed mouse, squirrel, chipmunk, and nine bird species, including a catbird and three red-bellied woodpeckers. The location was a scientific gem to the students.

The cemetery was a new location for the students this year and surprised many of the students with its beauty. “‘I want to be buried here,’ one student remarked. ‘It’s a nice cemetery. And it’s near my house (For New York, Holloway).'”

The summer program has ended for now and has provided a great bit of data for the students to review. And Green-Wood provided the students with a lasting memory of the location.

For the full article by Marguerite Holloway of The New Yorker, click here.