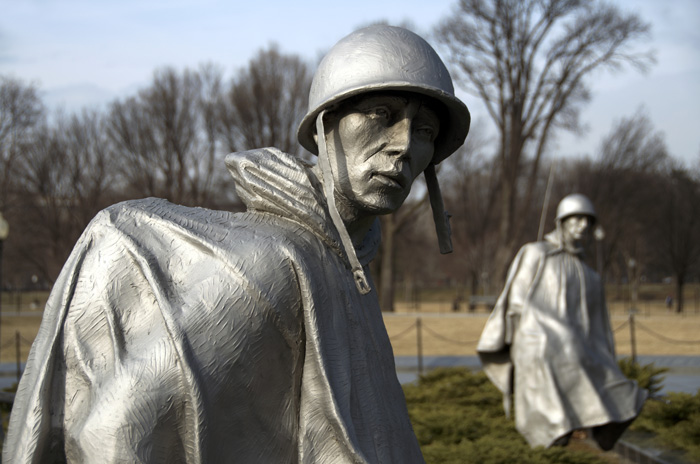 After World War II, there was a fear about the spread of communism around the world, and when North Korea invaded South Korea, the United States, along with the United Nations, aided in the defense of the South during the Korean War. Unfortunately, the war itself is considered by many to be the “forgotten war,” because of its perceived short length (1950 – 1953) and it occurring between World War II and the Vietnam War. One cemetery took the step of honoring those who served during the conflict.

Yesterday, the Southern Wisconsin Veterans Memorial Cemetery in Union Grove, Wisconsin unveiled a dedication monument to the local Korean War veterans. Shannon Heberling, a worker at the cemetery, played taps at the ceremony.

John Kamperschroer, a Korean War veteran and member of the local Korean War Veterans of America chapter said the memorial was long overdue. “‘All you have to do is go to Barnes and Noble or the Burlington High School library and you’ll find only one or two books on the war, (Forgotten, Sadowski).'”

Both sides of the war lost a number of soldiers and there are still over 7,000 U.S. still unaccounted for today. The hope from the cemetery is that the memorial will help educate and help better honor those who served and who never came home.

For the full story by Jonathon Sadowski of The Journal Times, click here.