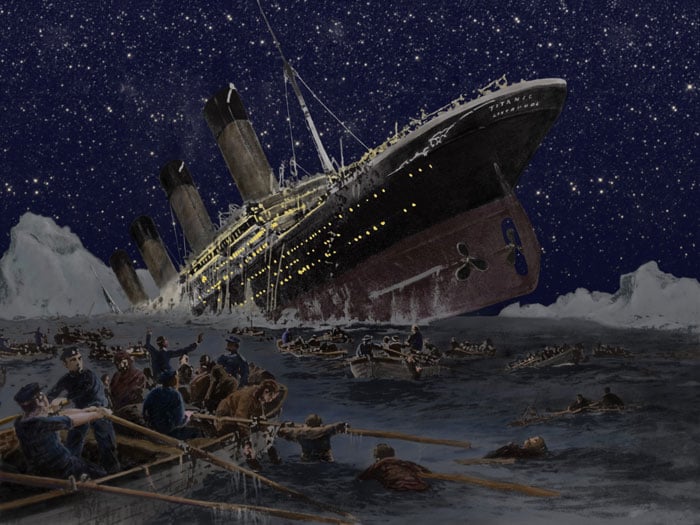 On April 15, 1912, over 1,500 lives were lost in the northern Atlantic from the sinking of the RMS Titanic, a ship dubbed as, “unsinkable.” To this day, it is considered one of the worst accidents in nautical history and is still investigated to this day, including offering tours of the wreckage starting in 2018. The movie of the same name in 1997 became one of the biggest grossing films of all time. One cemetery in Jacksonville, FL has an integral part of the historic vessel’s story.

The Evergreen Cemetery in Jacksonville, FL might not be the first place in the world you think of when you hear the name “Titanic” but the cemetery is the final resting place of Rev. Dr. Robert J. Bateman, a Staple Hill, England-born pastor who served in England and Ireland, then moved to Maryland and then Tennessee, before finding a home in Jacksonville around 1905-1907. He built his church by hand, stating, “I’d rather have my mission than the best church in America,” and used most of this time to helping the poor and creating a self-sufficient home for prostitutes. The name doesn’t ring a bell? Well here’s why it should.

As the story of the Titanic goes, as the ship began to sink, the band played to those still on board the ship. Rev. Dr. Bateman, after helping to get his sister-in-law safely onto a life boat, instructed the band to play “Nearer, My God, to Thee,” while he gathered those left on the ship. Portions of the story even made it from the word-of-mouth to the big screen in 20th Century Fox blockbuster, “Titanic.”

The loss of Rev. Dr. Bateman was a shock to the Jacksonville community–of which he had become so ingrained–and the church that he built with his own two hands was filled to capacity on the day of his funeral service, with as many people outside to pay their respects. By day’s end, his grave site was completely enveloped with mourners’ flowers.

The cemetery is home to four other tales of the tragedy of the Titanic and can visitors can go to each area; the death of another local during the sinking, the graves of two survivors of the tragedy, and a peculiar story about a local family’s cemetery statue.

You can read more of those stories from Mark Woods of Jacksonville.com, click here.