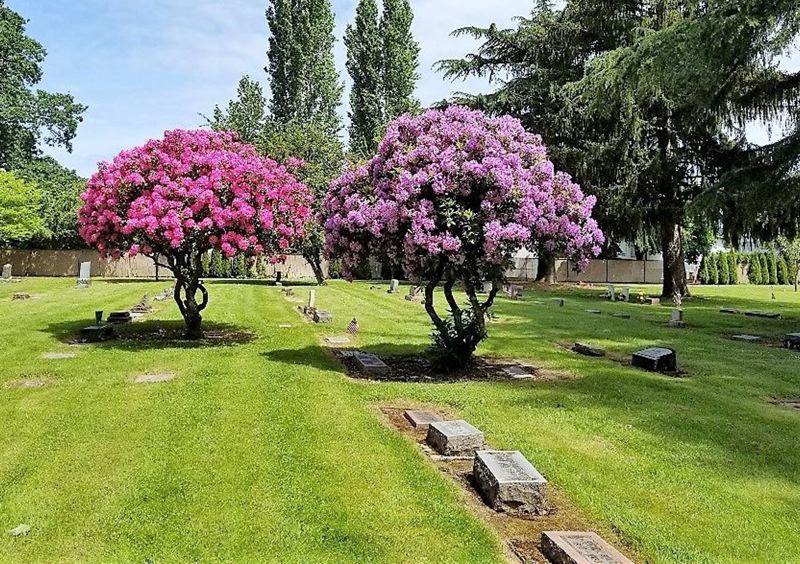 Volunteers who maintain two historic cemeteries in Newberg have had it with vandalism at the properties. They’re seeking more than $9,000 in a state grant to install security cameras they hope will reduce incidents.

Newberg’s Fernwood Pioneer Cemetery Association applied for the state funds in early May as part of a $14,800 project to install seven security cameras in the Pioneer and the Friends cemeteries that could be monitored by members. The group asked the state Historic Cemetery grant program for $9,452 to fund the project. The rest of the money would come from other sources.

‘Way of the world’

Teri Council, Fernwood board president, said her group’s grant request was necessary to stop what seems to be constant vandalism and littering in the Fernwood Pioneer Cemetery and the adjacent Friends Cemetery. The cemeteries are on 15 acres northeast of downtown Newberg. They are surrounded by homes and a deep gully on one side, making it a quiet and inviting place for some people, Council said.

“We’re not sure why the cemeteries have been hit by so much vandalism,” Council said. “I believe most of it is the remote feeling. It’s a great place to walk dogs, ride bikes and walk in peace, but that also leaves room for large amounts of time where no one is there to see what happens.”

It could also be “the way of the world,” Council said. “There seems to be more people out there with nothing to do but destroy others property. We’ve had headstones pushed over, granite panels on the niche walls smashed, all the way down to people not picking up their pet feces and dumping their personal garbage in cemetery dumpsters and cans. All those actions increase the work for our volunteer staff members.”

Council said vandalism and littering have increased in both cemeteries. Volunteers have kept a record of incidents, and law enforcement have responded in some cases.

Fernwood Pioneer Cemetery was placed on the National Register of Historic Places in August 1994. The cemetery’s first burial was in October 1880. A section of the adjacent Friends Cemetery is dedicated to the Grand Army of the Republic, veterans of the U.S. Civil War.

Fernwood is the final resting place for some of the county’s founders and pioneers, such as Sebastian Brutscher (1826-1922), a German businessman who struck it rich in the California gold rush and came north. He was Newberg’s first postmaster, active in the local school district and served as a Yamhill County commissioner.

Brutscher and his family owned large swaths of property, including land that today is the Springbrook commercial development. The first post office was on his land, and the city was named for his hometown, Neuburg, Bavaria.

The Friends Cemetery is the final resting place for Miles Lowell Edwards (1898-1982), inventor of the artificial heart valve. James M. Lewelling (1841-1935), a Civil War veteran who was a member of the honor guard as President Abraham Lincoln lay in state, is buried there. Members of the John Minthorn family, who were foster parents to a young Herbert Hoover (the 31st president), are buried there.

Council said headstones for some of the graves were shipped from England and are vulnerable to vandalism and mischief. “There are a number of famous key people buried out there too, with old valuable headstones we certainly want to protect,” she said.

If funding is approved, the seven security cameras with wireless links could be installed this summer.

For the full story by Kevin Harden, click here.