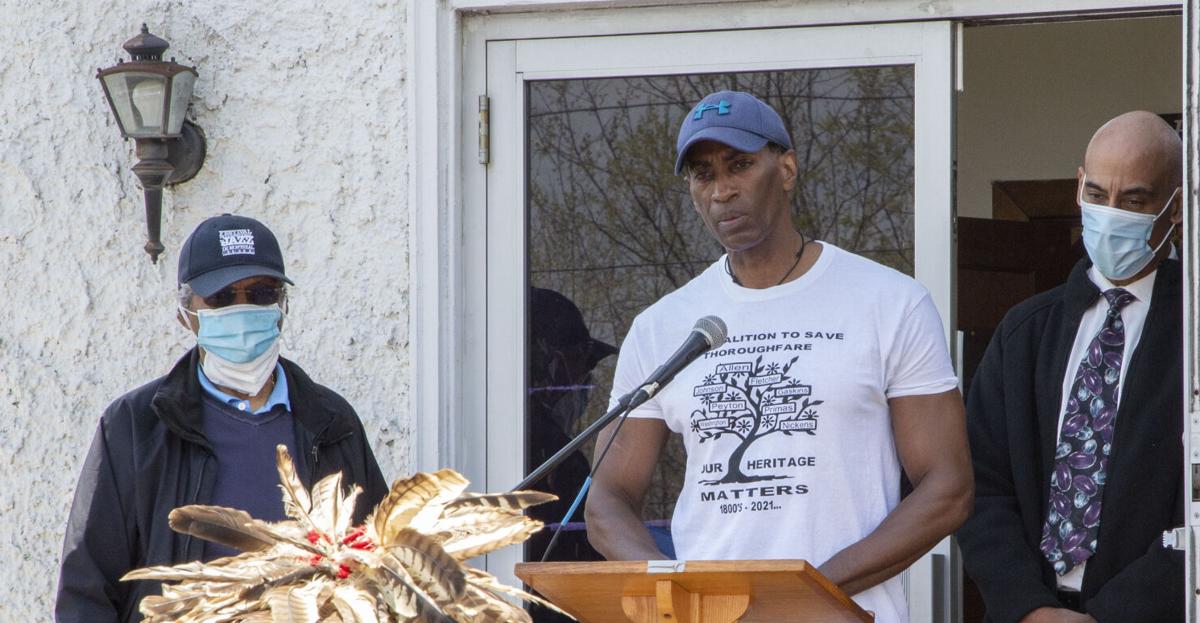 Prince William supervisors pledged Tuesday to change how the county protects historic cemeteries and gravesites after it was discovered that a local brewery cleared land believed to hold an estimated 75 to 100 century-old graves with ties to Thoroughfare – a historically African American and Native American community near Haymarket.

Supervisor Pete Candland, R-Gainesville, promised during the board’s May 4 meeting “to hold the county accountable” for not preventing the damage and asked county staff to determine how the land was cleared — apparently without the owners of the Farm Brewery at Broad Run knowing the gravesites were there.

Candland said the county must determine if new policies are needed to prevent such actions from happening again.

“It angered me and it broke my heart to see what happened there,” Candland said of the damaged gravesites. “Part of the accountability is understanding how the county fell short and how we can address it.

Several other supervisors similarly expressed their regrets about the damaged historic gravesites and agreed with the need for more protections. They tentatively agreed to discuss the matter further during their May 18 meeting.

“I think we are all very sorry when anyone’s family gravesite is desecrated,” said Board Chair Ann Wheeler, D-At Large.

The supervisors’ pledge was welcome news to Frank Washington, who grew up in Thoroughfare and began sounding the alarm about threats to family cemeteries in the area last month. Thoroughfare was a community of former slaves and their descendants, as well as Native Americans, that current residents say was largely self-sufficient after the Civil War and well into the 1900s. The area is now best known by Thoroughfare Road and Oakrum Baptist Church, which is led by Frank Washington’s brother, R. Dulany Washington.

Frank Washington became concerned weeks ago about some older family cemeteries when he found a boulder and a locked gate blocking a gravel road used to access the Peyton Thoroughfare Community Cemetery, which is located on land adjacent to the Farm Brewery at Broad Run at 16015 John Marshall Highway.

Washington also found surveyor’s flags around a nearby group of gravesites, leading him to believe the area is threatened by pending residential development.

But Washington said Tuesday that even he did not initially realize that the area recently cleared by the brewery contained what is known as the “Scott Cemetery.” Washington said he was informed of the damage by county archeologist Justin Patton while the two were investigating a different cemetery.

Washington said the clearing happened, however, at about the same time the boulder and locked gate appeared.

“[Patton] and I were there looking at a different cemetery,” Washington said. “But I started putting the pieces together and connecting the dots because the boulder appeared and the access was blocked at about the same time they bulldozed the lot.”

The Scott Cemetery is included on a county map of historic cemeteries but is not noted on the parcel’s deed. Patton said Tuesday the county would have told the brewery’s owners about the Scott Cemetery if they had applied for the required permit before clearing the land.

“When the clearing was done, they did not get a land-clearing permit, so there was no county review,” Patton said.

For the full story by Jill Palermo, click here.