Why Clarksville’s Mt. Olive Cemetery was added to National Register of Historic Places 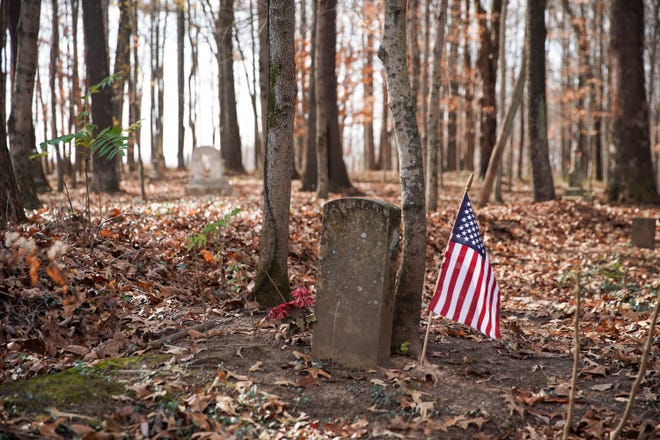 Clarksville’s Mt. Olive Cemetery is one of six sites across Tennessee recently added to the National Register of Historic Places.

At 7.24 acres with at least 1,350 burials, Mt. Olive is the largest and oldest private Black cemetery in Clarksville.

A ground-penetrating radar survey suggests that there are more burials since more than 90% of the graves are unmarked, according to an application submitted to the National Register of Historic Places.

“Family plots have mostly been identified through researching the individuals buried there but a few seem to have boundary markers at the four corners of the plots. Handmade and hand-carved headstones are frequent, and a few of them obviously were not carved by professional carvers as evidenced by letters that are carved backward (most noticeably, the letter “N”),” the application said.

James Hunt’s 1817 burial is listed as the first known to occur there. The next burial record shows Alice Keese being buried there in 1875. People interred at the site “came from all the different social and economic levels of Clarksville and Montgomery County,” the application said.

Some of those buried include a Buffalo Soldier and members of the U.S. Colored Troops, including William Logan, whose funeral in 1892 was reported to have drawn the largest crowd for a person of color. Civil War Veterans such as Shelby Clark and Barry Gupton, a member of a veteran’s group for former Union soldiers known as the Grand Army of the Republic, are also buried there.

Nace Dixon, one of two Black undertakers and funeral directors in Clarksville, conducted most of the burials. He ran for city council several times and held office until 1913, the document said.

“Mt. Olive Cemetery is a testament to the success of Clarksville’s post-Civil War Black community. It is significant because it reflects the history of African Americans in the town as they moved from slavery to freedom, from economic dependence to self-sufficiency, from exclusion by whites to forming their own institutions, as they struggled to overcome white imposed legal and social restrictions, and as they, all the while, supported the United States government with military service,” the application said.

The cemetery was sold several times and burials continued for more than 140 years, ending in 1958. In 2004, the Mt. Olive Cemetery Historical Preservation Society was established as a non-profit, aiming to preserve the property.

The society’s mission is to emphasize the influence and contributions of African-Americans regarding the history, education, development, growth and culture of the Clarksville area.

For the full story by Alexis Clark, click here.