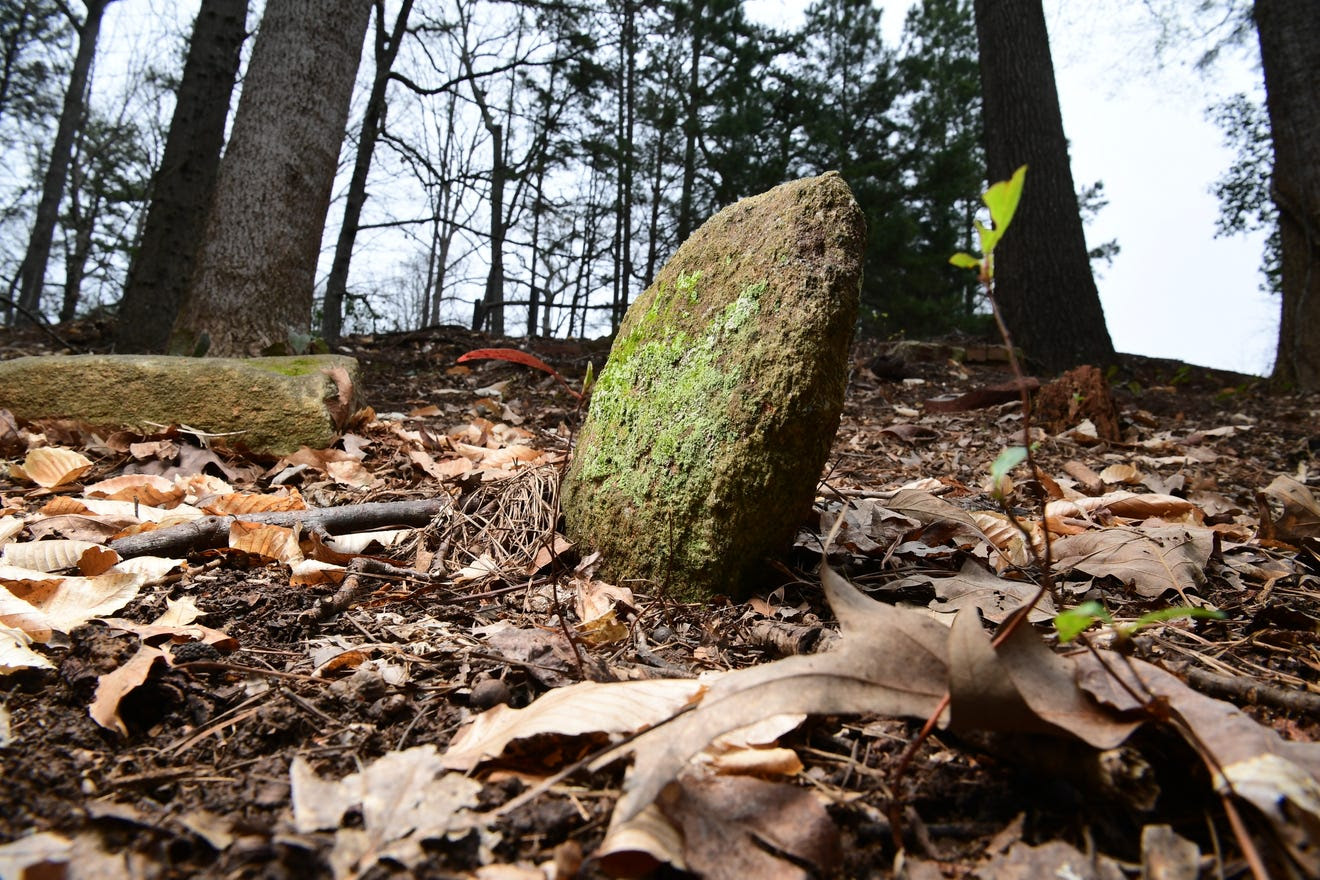 University has discovered at least 215 unmarked graves containing slaves and convict laborers at the site of Woodland Cemetery, its on-campus graveyard for employees next to Memorial Stadium.

A steep hillside at Woodland Cemetery has long been identified as the site where enslaved people who worked at Fort Hill Plantation and convict laborers who helped build the university’s earliest structures were buried.

Woodland Cemetery is at the top of a hill near Memorial Stadium. It is the permanent resting place for former Clemson employees, members of John C. Calhoun’s family and other prominent figures in the university’s history.

Potential grave sites dot the entire hillside, mostly believed to be four- to five-foot graves dug in rows or placed in “family clusters” in the 19th century, according to university historian Paul Anderson.

The university committed to perpetual care of the unmarked plots in March after two Clemson students raised awareness to the area, which is a fenced-in area on the southern edge of the cemetery.

“We wouldn’t be standing here without those students,” Anderson told members of the media Monday.

Sarah Adams and Morgan Molosso, the two Clemson seniors who spearheaded the push to memorialize the unmarked graves, said they are happy the university has committed to fully investigating the grounds.

“We want to get a committee together of students, lots of diverse backgrounds, to act as a student envoy that organizes annual events to honor this cemetery and African Americans buried here. So practically, that’s something that we want to be doing this semester, and also to keep Clemson accountable for maintaining the grounds,” Molosso said.

The students said they will continue to work on designing a memorial for the graves, as well.

Adams said Jim Bostic, a Clemson alum and former Clemson trustee, was essential in bringing attention to the project.

Monday, Bostic showed images he found in the archives of the field stones marking graves. He said he comes out to the cemetery “two, three times a day” to volunteer with the research.

Anderson began surveying the area over the summer, where he found more field stones — used to mark graves — than previously thought to exist, according to a university release.

Using ground-penetrating radar, Anderson and a team of surveyors found more unmarked graves in and around the fenced-in area. The graves are believed to be more than 100 years old and belong solely to African Americans.

Monday, dozens of white flags indicated the unmarked graves along the southern and western slopes of the cemetery. Some were scattered among headstones from people buried more recently — since 1990.

The radar showed disturbed soil about five feet deep, which was typical of the time period, Anderson said. Actual remains may not be found, since the red clay in the soil is acidic and decomposes remains, he added.

“Site of Unknown Burials” was thought to house more than 200 graves, but radar testing revealed about 25 graves in the fenced-in area.

The graves are thought to be those of enslaved people who worked from about 1830 to 1865 on Calhoun’s Fort Hill Plantation and later as sharecroppers and Black laborers, including convicted individuals leased from the state to build Clemson Agricultural College from 1890 to 1915,” the university’s release said.

Further surveying of the cemetery may lead to the discovery of more graves, the release said.

The university has closed the cemetery to vehicles, limited access to daylight hours and increased security while the investigation continues.

“Woodland Cemetery is sacred ground, and we intend to always treat it as such,” President James Clements said in the release.

To read the full story by Zoe Nicholson, click here.