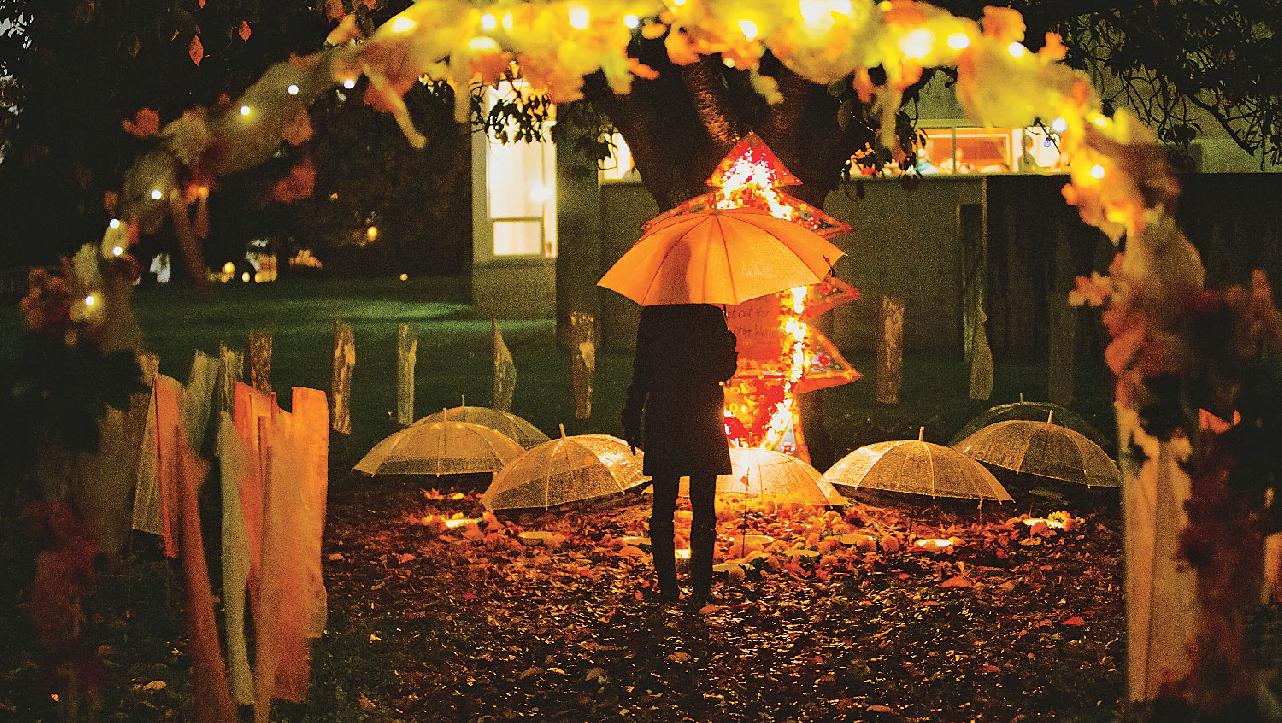 Growing up in West Van, a teenaged Erik Lees pined for only one thing: “It was the late 1960s, man. I just wanted to go back to the land—to check out of the city.” He soon achieved that dream, moving to Nelson—the epicentre of B.C.’s counterculture movement—to launch a career as a landscape architect.

Fifty years on, Lees is helping others get back to the land—in a much more permanent sense. As founder of Vancouver-based Lees + Associates, he’s one of a handful of professionals in Canada focused on the practice of cemetery planning and design. The “bereavement sector” (which also includes funeral homes and transfer services) is a booming business, albeit one going through a fundamental change as we reconsider how exactly to bury our loved ones.

Lees began designing cemeteries while working for the parks department in Nelson, and continued to hone those skills when he returned to West Van in 1988 to become the District’s parks manager. “In 1998, when I launched my own business, people rolled their eyes and wondered: How on earth are you going to be able to make a living doing this?” Lees says. “But I knew that demographics were on my side—that the baby boomer generation were going to age out, so there was a need. But for the first few years, I was a bit of a voice in the wilderness.”

The uptick in business—which began 10 to 12 years ago, according to Lees—comes down to three connected factors: “the crisis in cemetery lands, cremations and green burials.” The first factor should be obvious to any Vancouverite: as with those seeking shelter above ground, space is at a premium below, forcing many cemeteries to rethink their available land. In fact, Mountain View Cemetery, Vancouver’s only sanctioned burial ground, officially stopped accepting new residents in 1986; it only was able to reopen in 2008, when the City allowed for the infill of redundant roads to inter more cremated remains (a project led by Lees).

Cremations, which make more efficient use of that precious space, have been on the rise over the past two decades. In 2018, they accounted for slightly over 72 percent of all burials in Canada, the Cremation Association of North America reports, up from 50 percent in 2003. But the process is far from environmentally friendly: according to one estimate in The Atlantic, cremating a body takes about two SUV tanks’ worth of fuel. “I think when baby boomers realize the energy required to embalm a body and the carbon footprint associated with cremation, they will have second thoughts,” says Lees.

Hence the rise of “green burials”—which typically means no embalming, biodegradable caskets, no vault and natural stone grave markers. Launched in Britain in the 1990s, the trend jumped the pond to South Carolina in 1998. Canada’s first green cemetery, Victoria’s Royal Oak Burial Site, opened in 2008; five years later, Lees and a handful of colleagues started the Green Burial Society of Canada to further the adoption of sustainable burial practices. While the West Coast remains the beating heart of the sector, new green burial providers are being approved at a good clip nationwide. “In just the past week alone, we’ve had half a dozen inquiries from across the country,” says Lees, who stepped down as president last year but continues to serve on the society’s board.

For Lees, the issue of sustainability is about more than just how the body is treated or what it’s wrapped in as it’s lowered into the ground. It’s about the role of cemeteries in the communities in which they reside.

“Look at Mountain View,” he says. “It was the first cemetery to hire an artist-in-residence, Paula Jardine, who runs the Night for All Souls”—a week of events in late October that includes poetry readers, musicians and artists. “They’re inviting the community back into the cemetery. That is one of the best examples of sustainability I can think of.”

For the full story by Matt O’Grady, click here.