Paris Cemetery Nearing Full Capacity Due to Coronavirus: ‘There Are More Deaths Than We Can Bury’ 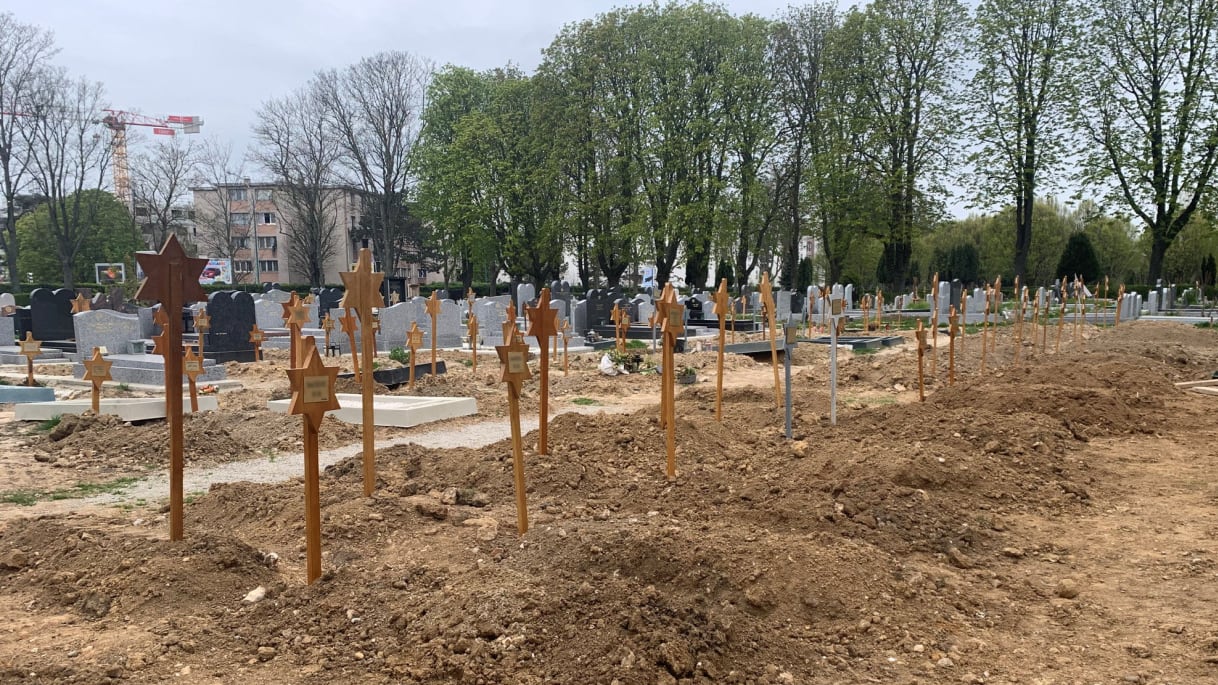 PARIS – Deaths from the coronavirus are mounting in France and the Thiais cemetery on the outskirts of Paris is almost out of space. “In normal times we fill one row of graves per year,” says mortician Avraham Weinberg. “Now we are burying a row and a half every week.”

On Monday, April 6, the death rate in France from COVID-19, the disease caused by coronavirus, accelerated anew to almost 9,000, after slowing for some days, Reuters reported. As of Tuesday morning the number of cases worldwide was nearing 1,1350,000 and the number of cases in France had reached 98,010, according to Worldometers.

Home to about half a million Jews, France is the second largest Jewish community outside of Israel.

“We are on the verge of utter devastation,” Menahem Perez, 35, the head of France’s ZAKA team for emergency response, tells Haaretz. The French Jewish community has been badly hit by the coronavirus: Purim and synagogue gatherings had continued long after they should have, he says.

“There are more deaths than we can bury,” he adds.

Suddenly there are as many as 50 funerals a day, says Perez, who also works for the Sportes Funéraire funeral home in Paris. Their phones have been ringing practically nonstop day and night: he and his team have begun to turn the devices off at night, he adds.

Many French Jews request to be buried in Israel and among the 14 caskets most recently flown to Israel, 12 were of coronavirus victims, he says. Haaretz was unable to confirm if and when the flights took place.

“It is the first time in my career that when I enter a cemetery I want to cry,” he says. “Last Friday in the Thiais cemetery, seeing all those names, it was horrific. It feels like we’re at war.”

He has never seen the likes of this pandemic, Perez says. “I was one of the first to attend to the victims of the Hypercacher attack in 2015,” he says, referring to a terrorist attack on a kosher supermarket in the Porte de Vincennes on January 9, 2015, in which four people were killed. “I’ve seen terrible scenes of terror, suicide, death of infants and car accidents, but I’ve never imagined I’d see such a rate of burials.”

The Muslim section in Thiais cemetery is also almost completely full, with about 12 burials a day, says the mortician Weinberg.

“They are in a very difficult position as well,” Perez adds. “I’ve spoken with their burial organization and they say they are having a hard time keeping up with the load.”

There is also a grim, lonely element to that final journey by COVID-19 casualties. No purification rituals for the deceased are allowed; no minyan may gather nor is the kaddish prayer recited, in order to preclude person-to-person infection among the mourners. “In my line of work I’m rarely ever emotional, but I’m now so saddened for the families. Seeing this amount of open graves is heart-breaking and will surely leave a scar in our hearts,” Perez says.

Shimon Mercer-Wood, spokesman for the Israeli embassy in France, explains to Haaretz that in keeping with new Health Ministry directives, for the sake of caution, all bodies arriving from abroad for burial in Israel are treated as though coronavirus had been the cause of death, which invokes stringent sanitary procedures.

For the full story by Shachar Peled, click here.