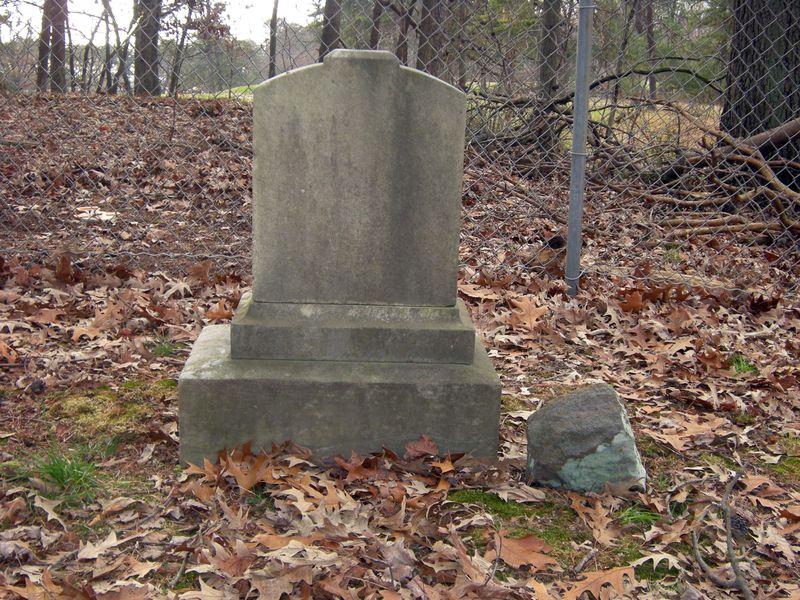 The Downs family saw their land become a military base during World War I. Now, their family cemetery is about to become a cyber defense building.

Last week, a Maryland District Court judge granted the federal government the right to possess the 418-square-foot Downs Cemetery on the grounds of Fort George G. Meade and use the land to build national security computing facilities. The case will be closed unless an objection is lodged by April 13, according to online court records.

The Department of Defense plans to move the headstones and re-inter the remains at the Bethel Cemetery, also on the base.

Mike Myers, an Annapolis man listed as a descendant of the Downs family, said he and his family are aware of the government plans to move the bodies. He OK with it.

“It really doesn’t matter to me one way or the other,” Myers said. “My grandmother, she was into family history, so if she was alive it would have mattered to her.”

But it does matter to Tina Simmons. She’s been researching cemeteries for the Anne Arundel Genealogical Society for more than 30 years and sits on the board of the Coalition to Protect Maryland Burial Sites.

Any cemetery over 50 years old is considered historic, she said. And Anne Arundel is one of the few counties in the state that generally doesn’t move cemeteries. So it’s an unusual situation she’d rather not see.

“We would prefer to see it kept up, maintained where it is,” Simmons said. “But the government will do what it wants.”

Fort Meade and Department of Justice officials declined to comment.

Fort Meade was established in 1917 as Camp Meade as a training base for U.S. soldiers going overseas in World War I.

William T. Downs was one of dozens of area residents who sold their farms to the government for the base in 1919. The Downs farm had been in the family since before the Civil War, according to court records noted in Maryland Historical Trust documents.

The Downs house, which later became the Fort Meade Sergeant Major’s House, was one of the only pre-military buildings to survive the Army acquisition of the land. It was demolished in 1992 and the knoll where it sat later became a golf course, according to Maryland Historical Trust documents.

The golf course eventually became National Security Agency facilities and the cemetery, now surrounded by a grove of trees, is within a highly-secured portion of the NSA’s 242-acre Cyber Defense Campus, according to court filings.

The government will assume and provide all perpetual care costs in moving the graves, according to court filings. Department of Justice representatives would not comment on the cost to move and reinter the bodies.

The Downs plot is one of nine family cemeteries on Fort Meade. The original boundaries of the base included 19 family cemeteries before about 7,600 acres of what was Fort Meade land was transferred to the Department of the Interior and became part of the Patuxent Wildlife Refuge in 1991. Fort Meade still maintains those 10 additional cemeteries, spokeswoman Mary Doyle said.

There are two other cemeteries on base in addition to the family cemeteries, the Bethel Methodist Episcopal Church cemetery and a Fort Meade cemetery. They are next to each other on Rock Avenue.

For the full story by Selene San Felice, click here.