Burials without funerals, grief without hugs: Coronavirus is changing how we say goodbye 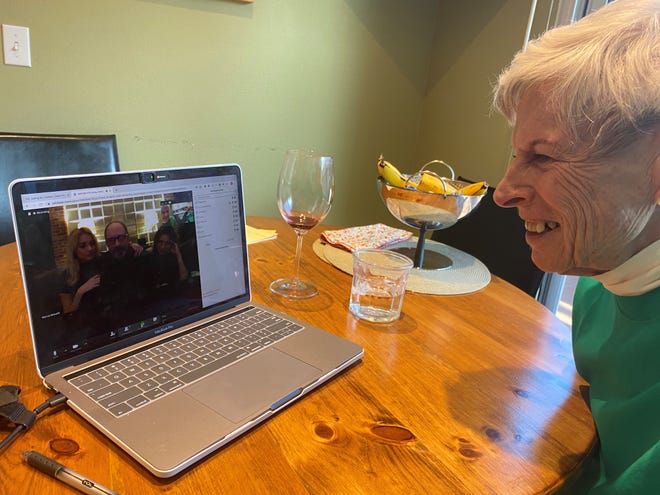 Maggie Farley wants to remember the way her father lived – the Denver probate lawyer’s sense of humor, integrity and decades fighting for affordable housing – not how he died of COVID-19 with no family permitted at his hospital bedside.

“I don’t feel like he died with regrets and I don’t feel like we left anything unsaid, but I really would have liked to have been there to hold his hand,” said Farley, of Bethesda, Maryland. “It’s an essential human fear that we don’t want to die alone, and the worst part of it for our family was knowing that he was in the hospital alone.”

More than 4,000 Americans have died in the outbreak, according to the Johns Hopkins coronavirus database. Federal estimates put the ultimate death toll somewhere between 100,000 and 240,000. That’s in addition to the normal mortality rate in the country.

All of those deaths will require some sort of final rite.

For many, a funeral is a ritual of loss and connection where we remember the dead and comfort the living. But the coronavirus outbreak has altered that ritual and changed the way we say goodbye: the loss remains, the connections change.

Gone are huge public funerals and wakes in funeral homes filled with mourners who cry and laugh, linger and reminisce. In their place across much of the country are family-only funeral home visitations of 10 or fewer, livestreamed memorials and plans to gather when the world gets back to normal.

Farley said she’s grateful to the nurses at Denver’s Swedish Medical Center who tended to her father and set up FaceTime sessions so the family could talk to him and, two days later, see last rites administered.

“Dying alone is the hardest part, but it’s also really hard to grieve alone,” Farley said. “People think that doing a video conference or talking to the friends on Zoom or Zoom cocktail hour is awkward and alienating, but grieving alone is really isolating.”

A glimpse at any newspaper’s obituary pages tells the story.

“In light of the recent worldwide occurrences dealing with the outbreak of COVID-19, the family would like to have hours of visitation and burial services reserved for immediate family,” reads one.

Another: “A celebration of her life will be held at a later date.”

For the full story by Peter D. Kramer, click here.