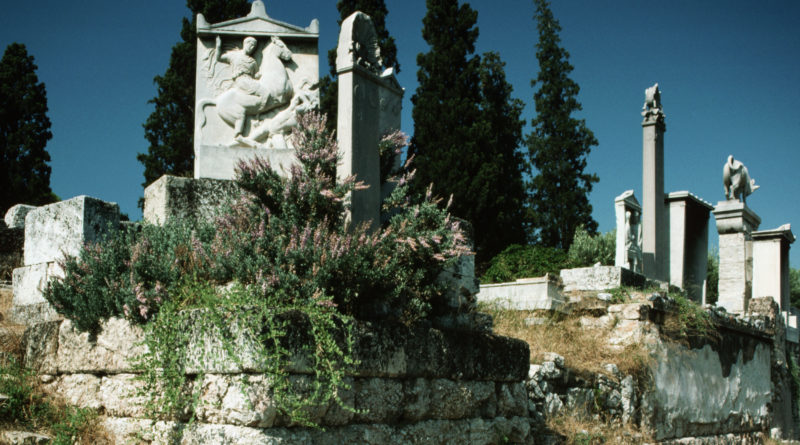 Archaeologists have discovered 30 tablets at the bottom of an ancient well, each engraved with curses intended to harm the recipient.

According to Haaretz, the curse tablets had been chucked into a 2,500-year-old well in the ancient cemetery of Kerameikos in Athens, Greece. The perpetrators of the curses are unknown, their names not included on the tablets. The tablets contain messages calling on the help of the gods of the underworld.

Curses, enshrined on tablets made from lead, wax, and stone, were not uncommon practices in Ancient Greece and Rome when lines between magic and religion were blurry.

According to Christopher A. Faraone, Professor of Classics at the University of Chicago in Illinois, the majority of curses we know of were binding spells designed to restrict rivals. Frequently they were used in lawsuits, where they may be used, for example, to prevent someone from testifying against them.

In other instances, they were placed in graves to send to the gods of the underworld with the dead in the hope that the gods would carry out requests.

Jutta Stroszeck, from the German Archaeological Institute, led the mission that found the tablets.

Stroszeck told Haaretz the tablets can be traced to the fourth century BCE, following legislation introduced by Demetrius of Phalerum. Demetrius was a Greek statesman who dominated Athens for a period of ten years between 317 and 307 BCE.

The legislation included a new law affecting the cemetery, which prohibited the placement of curse tablets in tombs, she explained. This meant residents had to find new ways to send their curses.

The discovery of the 30 tablets suggests one such way was chucking curse tablets into a nearby well.

“Water, and in particular drinking water, was sacred,” said Stroszeck. Wells were one route to the underworld but were guarded by nymphs—hence the scattering of vessels and gifts thrown into the well as peace offerings.

Aside from the curse tablets, the team found pottery for drinking, mixing, and drawing water, as well as various wooden products, cooking pots, clay lamps, and bronze coins.

According to the Greek Ministry of Culture and Sports, Kerameikos is named after a community of potters (or “kerameis”) that once lived there. Because of the site’s positioning near a river, it was subject to constant flooding, which made it a difficult area to inhabit—and so it became to be used as a burial instead.

Eventually, says the ministry, it became the most important cemetery serving ancient Athens. The oldest tombs in Kerameikos are from the early Bronze Age, 4,000 to 5,000 years ago. More recent tombs can be traced to the Hellenistic and Early Christian Period (circa 338 BCE-600 CE).

For the full story by Rosie McCall, click here.