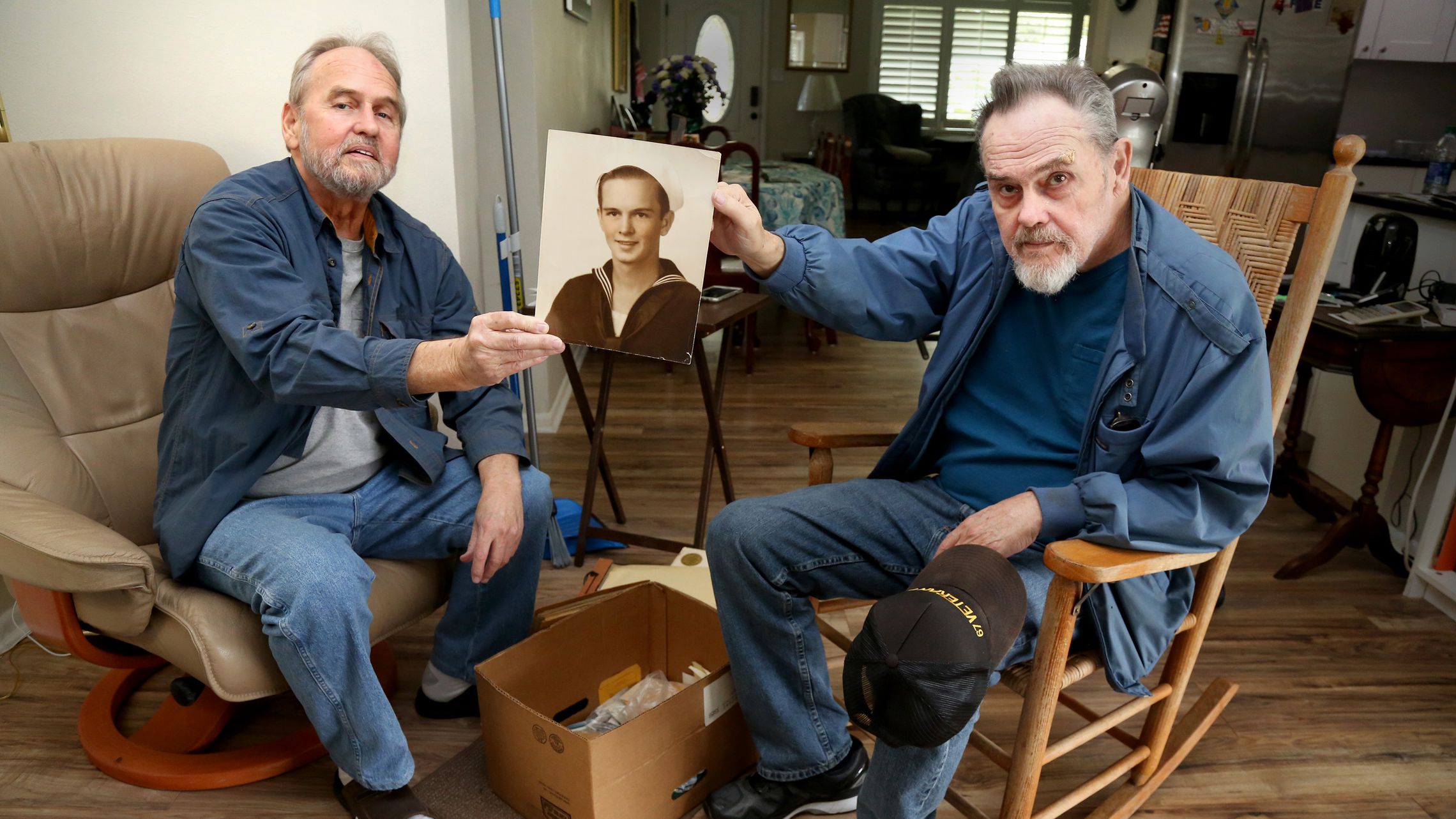 TAMPA — For generations, members of three families who are intertwined by marriage have gone to their final rest at the Tuten-Bell-Moody Cemetery in Jasper.

One of them, though, never got the chance.

James Tuten Bell, part of what then was a well-to-do plantation family, may have been visiting Tampa when he died here Aug. 22, 1942. He was laid to rest in a pauper’s burial ground owned by the city, Ridgewood Cemetery.

Ridgewood disappeared from public view through the years and the property became the southeast corner of the King High School campus, opened in 1960 at 6815 N. 56th St.

Tuten Bell was forgotten, too, until the cemetery was rediscovered in November and ground-penetrating radar detected 145 caskets. Death certificates show some 250 people were buried there, most of them African Americans. The Tampa Bay Times combed through news archives and published brief profiles of 14 of them, including Tuten Bell — a white man.

The story made its way to his descendants. Now, they have a request: They want to find Tuten Bell and bring him back.

“I would like to see him buried with other family members,” said Niki Tuten Maxwell, whose family is the first to come forward among descendants of those buried at Ridgewood.

Maxwell, 40, never knew the man who was her cousin three times removed and has yet to find a relative who did. They now live all across the country.

Lists of those buried at Ridgewood found recently in city files, assign a number to each grave — indicating there may be a searchable map somewhere.

“If that detailed map exists and can be found, we might know who is buried where,” Moates said. “But where is it?”

No map could be found in city files or in those kept by the Hillsborough County Clerk’s Office.

If the remains can’t be relocated, Maxwell said, she’s open to another option: “Place a marker at the cemetery site listing who is buried there.”

If the bodies remain, Moates said, Florida law requires that “verified descendants” be provided “reasonable access to the cemetery.”

It is up to the property owner and the descendants to define “reasonable,” Moates said.

“I think if a relative wanted to visit every day, that would be unreasonable. But one Saturday a week or month might be reasonable.”

The Hillsborough County School District is awaiting input from the state of Florida before making a decision about the future of the cemetery property, said district spokeswoman Tanya Arja.

Steve Tuten, 60 and of Clearwater, read the profile in the Times of those buried at Ridgewood and shared it with Maxwell, his cousin.

“I was surprised,” said Tuten, whose father’s name was James Tuten, because he had never heard of this James Tuten Bell.

“Shouldn’t this guy be in our family graveyard?” he asked Maxwell. “Is he related to us?”

He is, Maxwell confirmed.

“We are connected through William Tuten, who came from England and settled in South Carolina,” possibly as early as the colonial period, she said.

William Tuten became a wealthy plantation owner whose descendants spread to Florida and married into the Bell and Moody families, creating the Tuten-Bell-Moody bloodline.

In 1824, the Bells became the first white settlers in the Jasper area, between Tallahassee and Jacksonville near the Georgia state line. The cemetery is there because Jasper became the family hub.

James Tuten Bell was born in 1894 in Jasper, where he and three siblings were raised by parents John and Addie Bell, Maxwell said.

It was common for parents to give children a number of last names to honor their bloodlines, Maxwell said.

By 1917, Tuten Bell was married and employed as a barber in nearby Georgia.

“That seems to indicate that he went his own way,” Maxwell said. “He left Jasper and North Florida where most of the Tuten Bells had settled to get his own identity.”

The genealogy trail ends there, for now, she added.

“We don’t know why he came to Tampa the week he died.”

The Tampa Tribune reported that Tuten Bell was a Jacksonville man and “fell dead” while standing on a corner along Franklin Street. His death certificate, on the other hand, says he was a resident of Tampa.

Both list his age wrong, with Tribune saying he was about 65 and the death certificate about 42. He was 48.

Maxwell can only speculate how Tuten Bell ended up in a pauper’s cemetery.

Perhaps no one wanted to claim him. Perhaps it was difficult for authorities in Tampa to locate next of kin.

The death certificate also says Tuten Bell was single and says his place of birth and the names of his parents are unknown.

The undertaker is listed on the document as the “informant,” the title given to whoever fills out personal information about the deceased. Usually, the informant is a relative or close friend.

The tip about forgotten Ridgewood Cemetery came from cemetery researcher Ray Reed. Maxwell said the family was pleased to see the school district act on it — and for a forgotten ancestor to come to light.

“Now, he can at least be remembered,” Maxwell said. “That’s what we want.”

Correction: Tuten-Bell-Moody Cemetery is in Jasper. An earlier version of this story misspelled the city name.

For the full story by Paul Guzzo, click here.