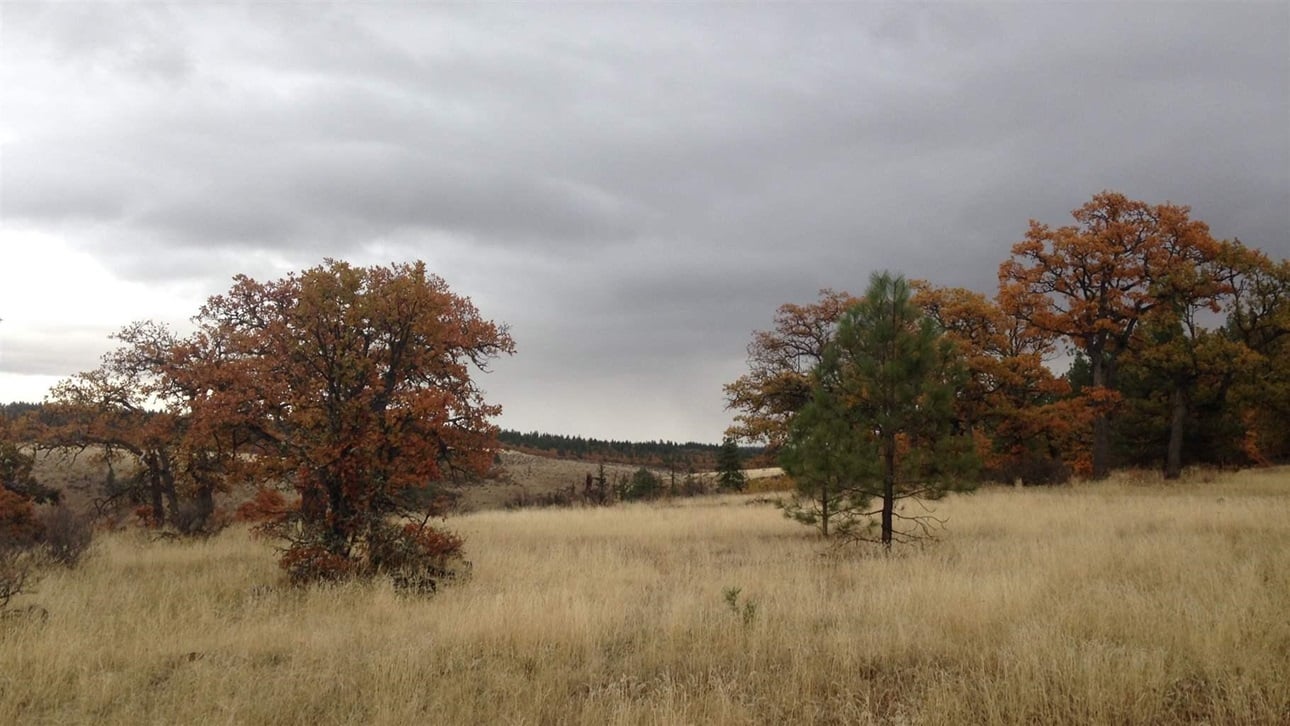 Visitors to the White Eagle Memorial Preserve in southern Washington won’t find rows of headstones, manicured lawns, or pathways to a loved one’s final resting place. Instead, they stroll through an oak and ponderosa forest set within more than a thousand acres of wilderness.

Twenty acres of the wilderness is set aside as a cemetery. Bodies are placed in shallow graves among the trees, often wrapped in biodegradable shrouds, surrounded with leaves and pine needle mulch, and allowed to decompose naturally, returning nutrients to the soil. Grave markers are natural stones, said Jodie Buller, the cemetery’s manager — “rocks that look like rocks.”

“People drive their loved one out themselves, in the back of a Subaru,” Buller said, summing up White Eagle’s granola ethos.

Conservation cemeteries like White Eagle, which was founded in 2008, are still few and far between — only seven have been officially recognized by the Green Burial Council, the industry’s certification body — but they’re part of a growing movement to handle the dead in eco-friendly ways.

“It’s been a slow, slow growth, but we are seeing the groundswell happening now,” said Brian Flowers, burial coordinator with Moles Farewell Tributes, which conducts green burials along with more conventional options on sites in Washington state.

While no state laws explicitly prevent green burial — generally defined as burials that happen in eco-friendly containers and without embalming — cemetery operators all over the country say outdated state and local laws have made it difficult for green burial to gain a foothold.

Many followers of Islam and Judaism use similar practices, burying the dead in a shroud or coffin of untreated wood without cremating or embalming. Such techniques are allowed in every jurisdiction, but new cemeteries with an explicit focus on green burial have run into obstacles.

Cemeteries were little-regulated until the late 1800s, experts say, when officials began adding rules primarily for consumer protection. The goal was to prevent scam artists or ill-prepared operators from opening cemeteries that might later be abandoned. But the regulations establishing best practices for conventional cemeteries often inhibit green-burial practices.

“The bottom-line issue in pretty much every state is the statutes don’t contemplate this kind of burial ground,” said Tanya Marsh, a professor at the Wake Forest University School of Law who has written books about laws pertaining to the dead. “It’s probably not that the legislators wanted to make things difficult; it just didn’t occur to them that everybody wasn’t going to set up a cemetery in what they conceived of as a regular cemetery.”

While no organization keeps a comprehensive database of all state and local cemetery laws, operators have no shortage of stories about the obstacles they’ve faced. Some laws, for instance, require paved roads to burial plots. Others mandate fencing around cemeteries — both antithetical to the natural settings required for conservation cemeteries.

Many states mandate that new cemeteries set up a large endowment fund for future maintenance, which green-burial advocates say is a burdensome requirement for places that are intended to be left in their natural state.

Some states require a licensed funeral director to handle transportation, and some laws mandate refrigeration or embalming once a person has been dead more than 24 hours. Green-burial advocates say families should be allowed to take care of arrangements themselves, and these laws are based on misguided fears that the dead carry diseases.

In many places, local officials may not give green cemeteries the zoning permits they need or may pass other regulations to block them. In 2008, for instance, commissioners in Georgia’s Mason-Bibb County adopted an ordinance requiring leak-proof containers for burials after neighbors complained about a proposed green-burial cemetery.

‘There Needs to Be Another Model’
Advocates say their movement is long overdue. According to the California-based Green Burial Council, cemeteries in the United States put more than 4 million gallons of embalming fluid and 64,000 tons of steel into the ground each year, along with 1.6 million tons of concrete.

Consumers are shifting their behavior as well. More than half of the dead in the United States are cremated today, according to a report from the National Funeral Directors Association, up from an industry-estimated rate of just 4% in the 1960s.

That’s at least partially because cremation is less expensive, but some Americans also have expressed a desire to leave a smaller environmental footprint. However, the council estimates that cremation — which involves heating a furnace to close to 2,000 degrees Fahrenheit for up to two hours — produces about the same emissions as driving 500 miles in a car.

Burial also is a land-use issue, as cemeteries must claim ever-increasing acres to accommodate new arrivals. Conservation cemeteries, on the other hand, are designed to preserve and expand existing wilderness areas while using the burials as a funding mechanism for environmental work.

To read the full story by Alex Brown, click here.