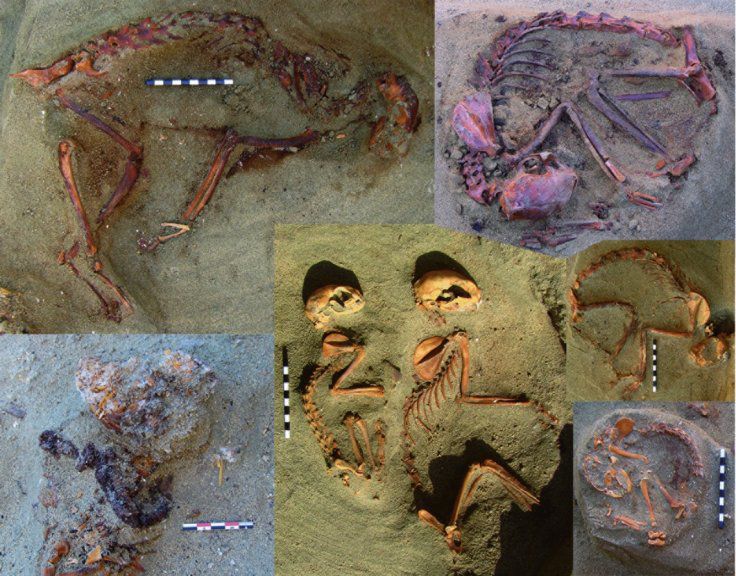 The ancient Egyptians had complicated relationships with animals. They kept a wide range of pets, from cats and dogs to hippos and falcons, and many household pets were mummified and buried with their owners. Animals were also mummified at an “industrial scale,” sold to pilgrims who offered the mummies to the gods. One catacomb at the Temple of Anubis in Saqqara described last year contained over eight million animal mummies, most of them young dogs.

But a recent discovery differs from other sites throughout Egypt: it appears to be a pet cemetery, reports Traci Watson at USA Today. Marta Osypińska of the Polish Academy of Sciences and her colleagues came across the collection of creatures while excavating a trash dump outside of the ancient town of Berenike. The researchers detail the find in an article recently published in the journal Antiquity.

The burials are roughly 2,000 years old, dating back to the first and second centuries A.D. when the Roman Empire controlled the region and influenced its culture. The site contained roughly 100 complete animal skeletons, including 86 cats, nine dogs and two monkeys.

But what sets this site apart from previously studied animal remains is that these creatures all appear to be household pets. The animals seem to be lovingly laid out and buried, not just thrown on the trash pile, Watson reports. Two cats were found with ostrich shell bead necklaces around their necks and three other cats and a vervet monkey had decorative iron collars.

For the full story by Jason Daley of Smithsonian, click here.