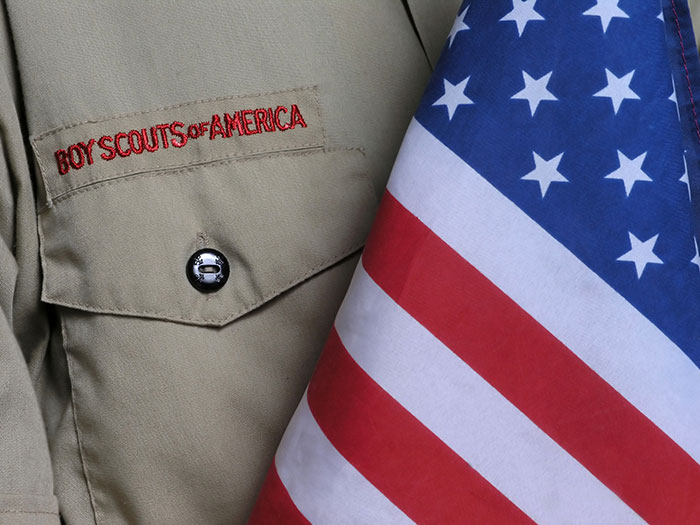 There is a long-standing tradition of the Boy Scouts proving assistance to their local communities. Not only does this volunteerism help build stronger character within each scout but it also allows them to learn a bit more about their community while at the same time helping to make it a better place.

Now, two scouts in Logansport, Indiana are doing just that for their Eagle Scout projects by rehabbing their local, and long-forgotten, cemetery.

Wilson Cemetery, a pioneer cemetery in Logansport, had seen better days. It is the final resting place of Gen. Walter Wilson who was one of the first farmers to settle in the area. Prior to settling, Wilson fought at the Battle of Tippecanoe against Shawnee warriors who were opposing the western expansion of settlers into their lands. Wilson’s 1838 grave includes a 10 foot tall monolith.

But as monumental as it sounds, the area was covered in weeds. The site was found by Scott Grandstaff while he was geocashing (a GPS-based scavenger hunting game). When Grandstaff told his son, Wesley Grandstaff, 15, and fellow scout, Luke Fincher, 16, the boys knew they wanted to clean the site.

“‘He’s part of a piece of our local history,’ Luke said of Wilson. ‘We found his grave site was overgrown and abandoned and it was just a disgrace to his name. He contributed to us. We got to give him what he deserves (Sustaining, Kirk).'”

The two boys started fundraising in 2015 for their Eagle Scout projects and have been weeding the area regularly. They plan on using some of the funds to install a new fence around Wilson’s plot, clean grave markers, and even put in a concrete path from the hiking trail to the cemetery.

They also hired Toledo-based Ground Penetrating Radar Systems to plot the cemetery so they can get the exact locations of graves. They have confirmed at least two grave locations so far.

We will keep you updated on their progress for the site.

For the full story by Mitchell Kirk of the Pharos-Tribune, click here.