Just below the surface of a cemetery 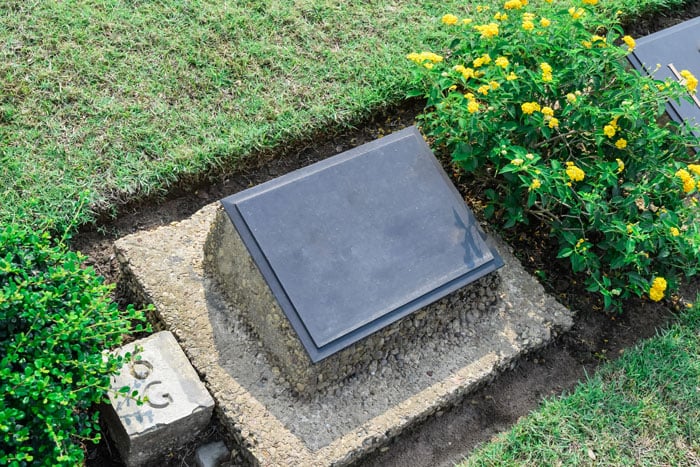 Time has a way of turning items into modern-day mysteries. The thrill of discovering a lost item and sharing it with the world can be exhilarating, and for one woman, these discoveries can help heal families.

Gerry Thompson has been a long-time registered nurse and had a career switch which has allowed her to focus on digging. See, Gerry has been working at Summit View Cemetery in South Ottawa Township, Illinois, along with her husband, to find old headstones.

This work started when Thompson first volunteered to mow at the 1832-established cemetery, mainly because there are a number of members of her ancestors buried in the cemetery. As she and other volunteers continued mowing, they noticed parts and pieces of headstones peeking through the grass. This took Thompson aback. Even a pair of mother and daughter headstones were found within the roots of a tree after a February tornado upended the tree.

Summit View Cemetery is somewhat of a puzzle but Thompson is making great strides to solving it, getting better and better each day with finding long-lost headstones. She’s helped find everything from broken off headstones that were later leaned up against tree, with the tree subsequently growing around the piece, to locating the grave of Phoebe Jane Keefer, who died in 1847 at age 30 in childbirth, for her ancestor. And she’s not just digging or probing the ground.

An ancestor to another person interred at the cemetery suggested using dowsing rods–two metal rods that you hold in opposite hands that cross when they locate a grave–in her searches. Thompson was skeptical at first but when she started using them, she found them to be pretty accurate. Dowsing rods also don’t cost that much for a cemetery with a limited budget, which helped.

Thompson has learned a great deal of the operational side of the cemetery and has become adapt at headstone maintenance. She’s looking to get more funds into the cemetery to truly start upgrading the cemetery’s roadways and other odds and ends, all the while not taking a dime for her work. Her reasoning? She’s doing this for herself and her ancestors as much as for the people who have loved ones buried here.

“‘We have so much family here — that would defeat the purpose,’ she said.  ‘People stop by and say the cemetery is looking better. That’s all we need. On a hot day when you’re weed whacking and don’t want to be, that will keep you going, (Mysteries, Stanley).'”

For the full article by Charles Stanley of the My Web Times, click here.