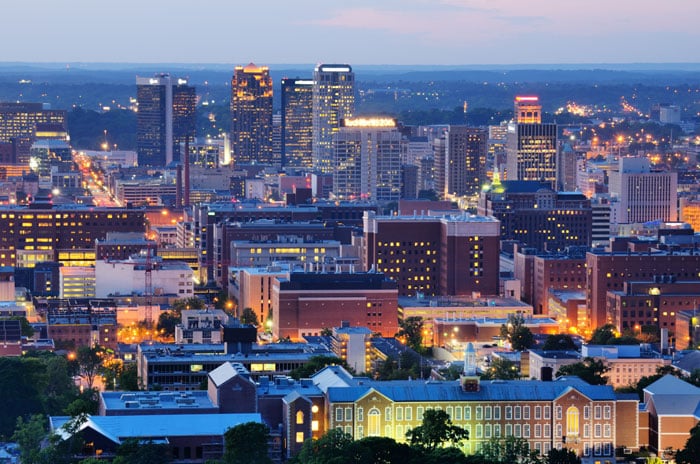 It’s not every day that you find a historic site while at work but for one Tuscumbia, AL man, that’s exactly what happened to him. He has since helped maintain the location so that future generations can learn about the local heritage.

In 1983, David Green was an employee with Vulcan Materials and the employees were tasked with a beautification of the company’s stone quarry. As the project continued, the team noticed these large stones at the end of the property. Upon further inspection, the group discovered that there was a cemetery but they did not know just how historically important it was to the region.

What Green and his employees found was the Glencoe Plantation Cemetery, the final resting place of Helen Keller’s grandparents, David and Mary Fairfax Moore Keller. The cemetery also holds other members of Keller’s family. The cemetery is a mere four miles from Ivy Green, Helen Keller’s birthplace in Tuscumbia. Sue Pilkilton, executive director of Ivy Green, said, “We have people asking about (Helen Keller’s ancestors) and where they are buried and the cemetery. We get people coming to the home who are interested in ancestry, and they love going and looking at the old graves.”

Green said that the restoration of the cemetery was a tedious project because he and the employees would work on the site as time permitted them. Once the cemetery was fully restored, employees would continue maintaining the property. Green himself made daily trips to the cemetery over the next 34 years at Vulcan Materials. He recently retired from Vulcan after putting in 50 years with the company, so he doesn’t make the daily excursions to the site but he knows the location is well preserved. “‘(The company) has hired someone to keep it up, so I know it’s going to be kept up and not get back like it was,’ Green said (Green, Smith).”

Green is now spending his retirement with his family but says he will always have a fond place in his heart for the Glencoe Plantation Cemetery.

For more on this story by Tom Smith of the Times Daily, click here.