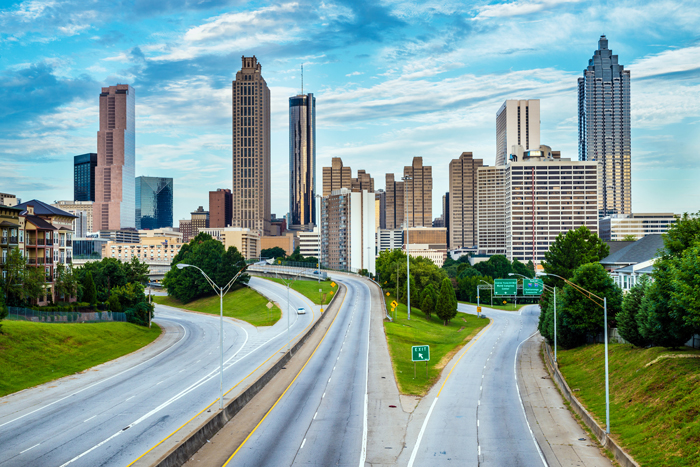 People mourn the loss of their loved ones in different ways; some are quick to move forward and live for the memory of the person they lost while for others it is a slow process of dealing with grief. For Valerie Richardson Jackson, the widow of Atlanta’s first African-American mayor Maynard Jackson, the process has taken her some 14 years. Recently, though, she took a step forward in both honoring her late husband’s memory and processing her grief.

Mayor Jackson had died on June 23, 2003 of a heart attack and after his passing, then-Atlanta Mayor Shirley Franklin offered a plot of land to the family at the historic Oakland Cemetery. And though Mayor Jackson had been deceased for more than 14 years, it wasn’t until about three years ago when she finally decided to honor her late husband with a monument befitting his legacy.

Her brother, artist Monte Richardson, helped her with the design of the, “14.5-foot, 14-ton obelisk made of African-sourced honed black granite sitting atop a platform of gray Georgia granite. Four hand-carved bronze discs on each facet of the crown represent varying aspects of Jackson’s legacy: the city of Atlanta, the scales of justice, the Olympic rings and the Atlanta airport, which was renamed Hartsfield-Jackson after his death (Monument, Suggs).”

The project took three years to complete and though Valerie though this would give her a sense of closure, when she finally went to view the monument, she had a surprisingly different reaction. “‘When I was called and told that the stone had come in, I cried like I did when I found out he had died,’ Jackson said. ‘I had been in denial for 10 years and when the stone came in I thought I would be rejoiceful because it was finally happening. But I knew that in a way, this monument would cement his death. So I just lost it,’ (Monument, Suggs).”

The final monument was painstakingly scrutinize by Valerie and she admits that there were probably 74 renditions of the monument that just didn’t meet her expectations but she wanted to make sure that her gift to her late husband honored him and his memory and was “inclusive and represented the spirit of the park (Monument, Suggs).”

Oakland Cemetery was established in 1850 and has carried on the tradition of representing the south, being the final resting place for former slaves & Confederate generals to 27 previous Atlanta mayors, including the city’s first black mayor. Valerie wanted to make sure that the monument also got visitors involved with the history of the cemetery, to pose questions and ask “why.” And she also wanted to make sure people knew about her husband.

“Sure it is a little oversized and grand. But so was Maynard (Monument, Suggs).”

For the full story by Ernie Suggs of The Atlanta Journal-Constitution, click here.