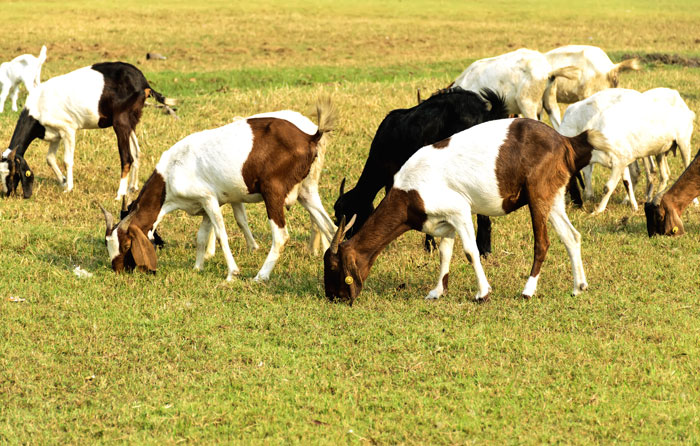 Cemeteries are always looking for ways of bringing in new revenue to their properties. Some cemeteries offer ghost and historical cemetery tours while others host events that are non-cemetery related. One area where cemeteries have been able to drum up revenue has been by hosting yoga events and one cemetery is looking to expand that but has a difficult road ahead of them.

The Congressional Cemetery was looking to take advantage of a new craze that is sweeping the country: Goat Yoga. You read that correctly. The original concept is to have the goats amble and interact with clients while they are performing yoga. The cemetery has had goats in the property before to help with eating weeds and poison ivy as an alternative to using lawnmowers and, with the cemetery already offering yoga classes at their chapel, thought the combination would help to drum up even more interest.

Paul Williams, Cemetery Director, thought that taking advantage of a D.C. law that allows property owners to use “exotic animals,” such as goats, by using an exceptions to the law special events and educational purposes. Williams handed out flyers and leaflets about the goats in order to have the goats on the n property, explaining the event was an educational experience.

Williams, along with yoga instructor Kelly Carnes, presented their idea to the D.C. Department of Health that Goat Yoga would be an educational event, where they would discuss the benefits of the goats and their digestive systems and tying this into how yoga can help with improving human digestive systems. The Executive Director of DC Department of Health, Vito DelVento, however did not see the educational aspects of the event and stated as much in an email to both Williams and Carnes.

DelVento also touched base on the fact that Washington D.C. has a strict “No Touch” policy with regards to animals at events in Washington D.C. and that Goat Yoga would violate that policy. There is also a concern that the animals could be hurt if the yoga participants fell over one of the goats. Willaims and Carnes stated that the goats would not be juvenile goats (as is typically used in Goat Yoga) but rather adult goats which would be housed behind a fence while they eat the grass and weeds.

At present, Williams and Carnes have not given up on their July 22 Goat Yoga class and are continuing discussion with the D.C. Department of Health to find ways to have the event.

For more of this story by Caroline Cunningham of the Washingtonian, click here.