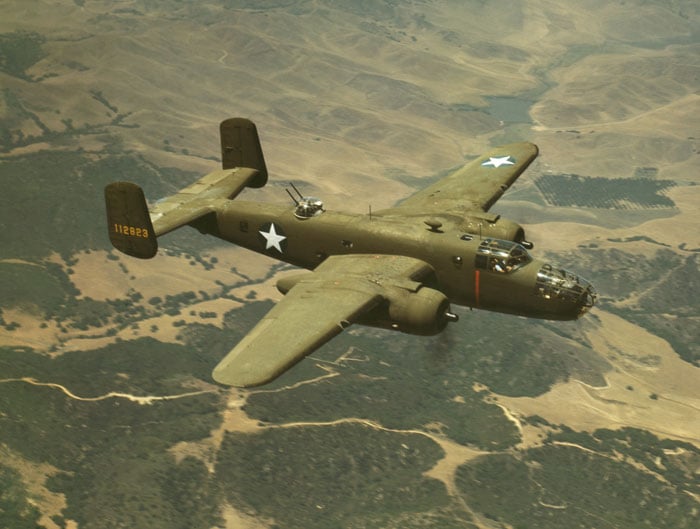 Many brave men and women volunteer to serve our nation so that we might continue to live under the freedoms we cherish today. They do all this knowing that they may end up laying down their lives for that freedom. Tragically, some never return home and are considered missing in action, leaving families behind to question what happened to their loved ones. One soldier, however, is finally coming home.

On April 25, 1944, Army Air Forces Staff Sgt. Byron H. Nelson was the nose gunner in an American B-24G Liberator bomber as a member of the 721st Bomb Squadron, 450th Bomb Group, 15th Air Force. He and his bomber group were heading towards a target in Varese, Italy when three planes from the formation, including Nelson’s, became separated due to heavy clouds. His plane came under fire from German Air Planes and eight of the 10 members of the plane parachuted to safety, six evading capture and two being taken prisoner by German forces. The German interrogators were told by one of the captured that the remaining two members of the plane perished, one being Nelson.

The confusion of where Nelson was buried, however, began on September 9, 1947.

Locals of Fognano, Italy (near where’s Nelson’s plane had gone down) had buried the two crewmen in a nearby cemetery. The American Graves Registration Service was informed of the burials and on September 10, 1947, temporarily moved the remains of the two missing soldiers to the U.S. Military Cemetery at Mirandola, and listed them as “Mirandola Unknown X-190.” In July of 1948, the remains were then disinterred in an attempt to identify the soldiers but were unidentifiable at the time and the soldiers were reinterred at the Florence American Cemetery on May 26, 1949.

The Defense POW/MIA Accounting Agency (DPAA) made a connection between the Mirandola Unknown X-190 and Nelson’s based on historical documents and reports from the Italian Military Police in Brisighella and local reports from the citizens of the area at the time. With the new information and advancements in technology, the DPAA had the Mirandola Unknown X-190 disinterred and an Armed Forces Medical Examiner was about to identify Nelson through mitochondrial DNA analysis of Nelson’s grand nephew, and through dental and anthropological analysis, that matched his records.

With the soldier finally found and identified, Nelson will be laid to rest in his hometown of Primghar, Iowa with military honors on July 1st.

For more on this story by Ellyn Felton of KCRG-TV9, click here.