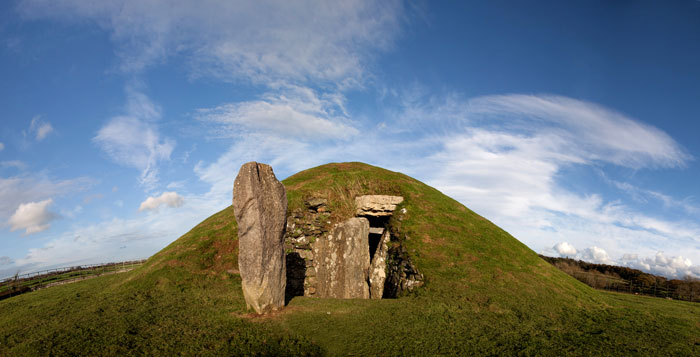 The advancement of technology has greatly assisted society with reconnecting with our past. Genealogy technology has allowed us to find out about our ancestry while software now allows individuals to visit their loved one’s grave site simply by using their smartphone. And these advancements recently help archaeologists discover a cemetery that’s over 5,200 years old.

Near the Bryn Celli Du or “Mound in the Dark Grove” on the Welsh island of Anglesey located near Llanddaniel Fab, archaeologists discovered a Bronze Age cemetery near the late neolithic tomb passageway. The team used magnetometers and ground penetrating radar to reveal a series of cairns, or man-made piles of stones, near the tomb.

Ben Edwards, senior lecturer in Archaeology and Heritage at Manchester Metropolitan University said in an email to Fox News that, “It seems to have been the focus for a cluster of burial monuments (a cairn cemetery) that probably grew up around it because it was such a significant site (Bronze, Rogers).”

Edwards and his team have found evidence of ritual activity in the area and believes that the cairns could have held several individuals, though the team has not recovered any burials, as the cairns were badly damaged and beneath the ground. Additionally, over the past three years, there have been discoveries including 10 new rock art panels.

For more from this story by James Rogers of FoxNews, click here.