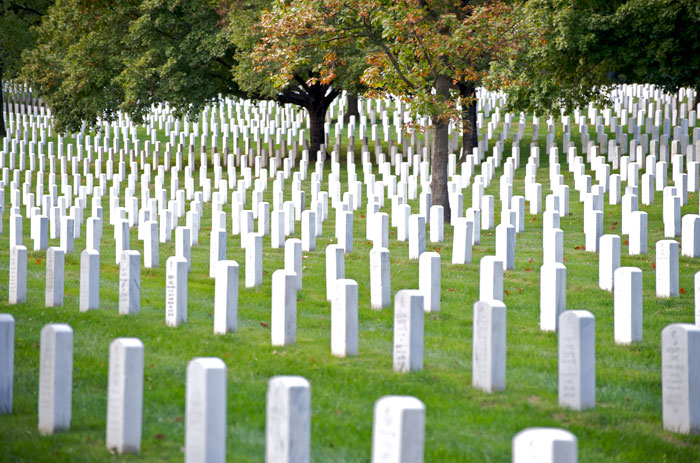 Arlington National Cemetery in Arlington, VA is one of the nation’s most sacred locations and is the final resting place of over 400,000 men and women who have served in the military. The cemetery’s history goes all the way back to the Civil War and is even the final resting place of “Confederate Gen. Robert E. Lee, and was chosen in part as a way to spite the Lee family for his decision to join the Confederacy (Arlington, Army Times). But with almost 30 burials a day, and families sometimes waiting months at a time, the Army has decided to move forward with a southern expansion of the site.

The U.S. Army runs Arlington National Cemetery and had been in negotiations with Arlington County for a land swap in order to expand the cemetery but the Army ended negotiations and is moving forward with purchasing the land instead. One of the concerns with a land swap deal was the fear that Arlington County would use the land they would obtain as a transit maintenance and bus storage area, which would be butted up against the cemetery, which the Army considers sacred ground.

The Army was able to begin thanks to new legislation that went into effect last year which gives the Army the leverage to move ahead with expansion plans without having to swap land. Arlington County Manager Mark Schwartz said that while the county is disappointed that they couldn’t reach a land swap agreement with the Army, the county is still committed to working with the cemetery.

The southern expansion of Arlington National Cemetery will provide the cemetery with an additional 40,000 to 60,000 gravesites and help to extend the life of the cemetery for an additional 10 to 15 years, passed 2050, according to a released Army report from the beginning of the year.

For more of this story by Matthew Barakat of the Associated Press, click here.