A mystery solved and a WWII love story revealed 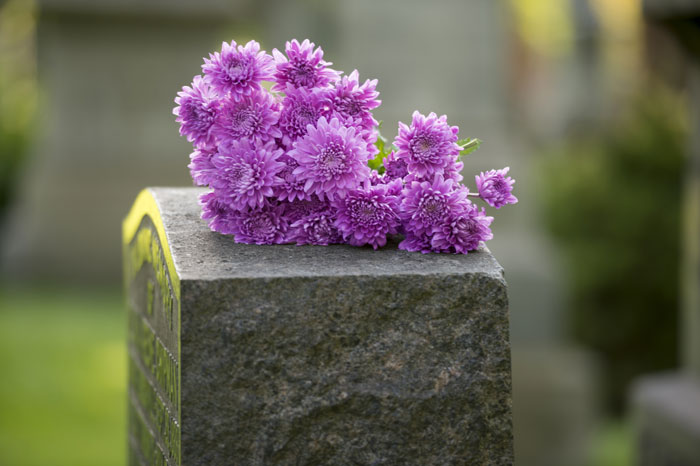 Friends and families ones often leave tributes in remembrance of their deceased loved ones at their graves. Normally flowers, sometimes trinkets or notes, and veterans receive flags. For years, Brian Cutler’s family would visit the graves of his father and uncle for memorial day, and every year, flowers were left at his uncle’s grave but no one in the family knew who was leaving them. That is until Brian asked.

2nd Lieutenant Burton W. Cutler, a World War II veteran, and Brian Cutler’s uncle, would receive a small bouquet of purple flowers in a wood planter every Memorial Day at his grave at Cambridge Cemetery in Cambridge, MA. Brian and his family had no idea who was leaving the flowers and it wasn’t until Brian was an adult that he decided to find out who was leaving the gift.

In 1996, Cutler left a note at the grave asking whoever was leaving the flowers to reach out to him. The following day, a woman named Rita had left her contact information on the original note. Rita was Lt. Cutler’s wife and the family had never known.

When the two met a week later, they spent the day together and Rita told him the story of how Rita was initially engaged to another man who was serving in the war when she met Lt. Cutler and the two fell madly in love. Rita returned the engagement ring to her previous love, along with a “Dear John” letter, and proceeded to marry Lt. Cutler. Shortly after the marriage, Lt. Cutler was sent overseas with the Air Force and was killed when his plane was shot down while flying over Sicily.

After his death, Rita’s previous fiancé returned home, and she reunited with him and married, promising, “she would never mention the name of her short-lived romance,” (Mystery, Annear) after causing her first lover so much pain.

Rita has since passed and her purple flowers have ceased but the Cutler family continues their tradition of visiting the family on Memorial Day, which has been passed down to Brian’s son David, who helps tend the graves and honor the memory of his family.

For more from this story by Steve Annear of the Boston Globe, click here.