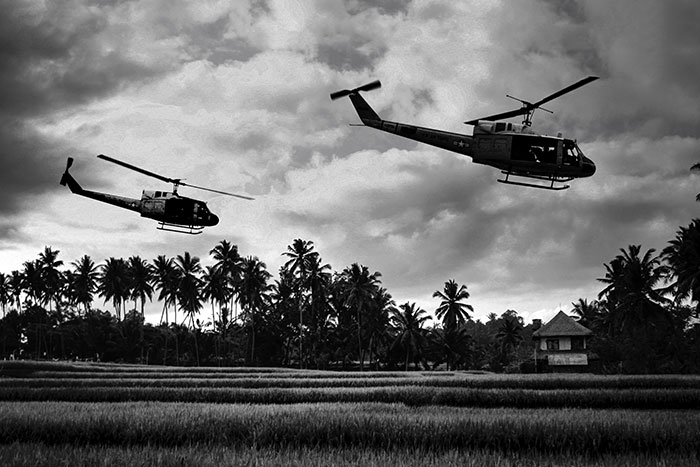 After three years of bipartisan congressional wrangling, a monument honoring those who serves as helicopter pilots and crew members during the Vietnam war is coming to Arlington National Cemetery through the Vietnam Helicopter Crew Monument Act.

The monument’s inception began in 2014 when the Vietnam Helicopter Pilots Association reached out to Arlington National Cemetery to discuss donating a tree. One of the cemetery historians suggested donating a monument and the ball started rolling from there. Retired Air Force Lt. Col. Bob Hesselbein, who flew AH-1 Cobra gunships in Vietnam and is a legacy committee chairman of the pilots association, was the person who took the lead on the project and helped complete the applications necessary for the monument. The Arlington Cemetery advisory committee, however, was deadlocked and erred on the side of caution to not approve the monument. This did not stopVietnam Helicopter Pilots Association from honoring those service members.

Hesselbein and the pilots association sought out the help from both the senate and congress and–after months of wrangling, publicity and support nationwide–”the Vietnam Helicopter Crew Monument Act was passed in March. Sens. Tammy Baldwin, D-Wis., and Dan Sullivan, R-Alaska, introduced the bipartisan legislation. Companion legislation was introduced on the House side by Rep. Mark Amodei, R-Nev (Monument, Panzino).”

The monument will be 2 1/2-foot by 2 1/2-foot, depicting a U.S. Army Bell UH-1D Iroquois, with the quote, “In honored memory of the helicopter pilots and crew members who gave the full measure of devotion to their nation in the Vietnam War,” followed by the years 1961 and 1975 and the emblems of the five branches of the military.

The monument will be located in Section 35 along Memorial Drive, a short distance from Tomb of the Unknowns.

For more from the article by Charlsy Panzino of Military Times, click here.