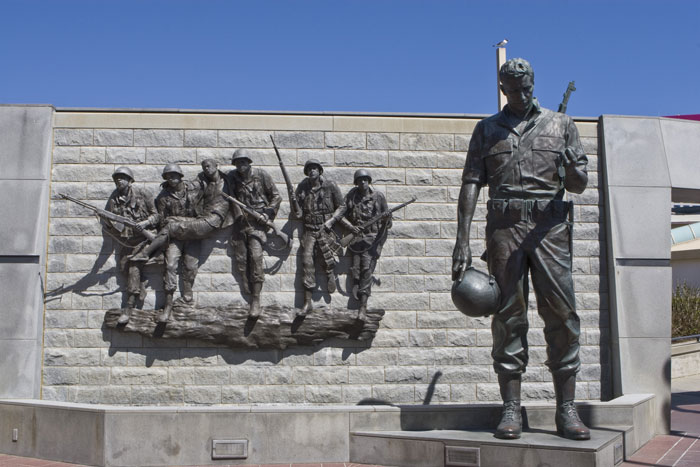 Whether it’s being deployed abroad or serving to help during a national disaster, the men and women of our military sacrifice for our country every day. They chose to serve because they have a sense of duty to the country that they live in and love. When it comes to combat missions, some make the ultimate sacrifice so that others might live free.

One such soldier was Army PFC Manuel M. Quintana, who went missing in action during the Korean War. Thanks to DNA testing, and a family who never gave up searching for him, PFC Quintana has finally returned home.

PFC Quintana was 19 when his unit, Company K, 3rd Battalion, 29th Infantry Regiment, came under unexpected attack in July of 1950. After the battle ended, his fellow soldiers searched for but could not locate PFC Quintana and listed him as missing-in-action. The continued search was carried on by his niece, Isabella McGuff; a niece who never met her uncle.

In 1951, the Army had found two unidentified bodies in a shallow grave near the Chinuju-Hadong Highway and had the bodies exhumed for identification, according to McGuff. PFC Quintana was unidentifiable and was listed as Unknown X-183. His remains moved to a few locations before reaching a final resting place at the National Memorial Cemetery of the Pacific in Hawaii. But that wasn’t the end of the story.

In 2014, another person asked for the body of Unknown X-183 to be exhumed for DNA testing and after a year and a half wait, the remains were tested. About the same time, McGuff also asked for a DNA test of the body. After receiving a DNA sample from PFC Quintana’s sister Mary Moreno, McGuff’s grandmother, and her son David Moreno, the government confirmed that Unknown X-183 was in fact, PFC Quintana.

On Wednesday McGuff, along with her mother and grandmother, stood on a tarmac to meet her great uncle. Today, PFC Quintana will be interred at the Southern Nevada Veterans Memorial Cemetery with full military honors and finally home and near his family.

For more on this story from Hali Bernstein Saylor of the Boulder City Review, click here.