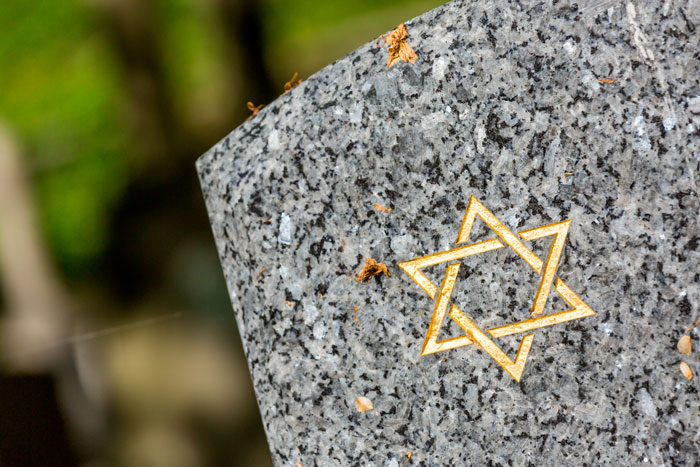 This past Sunday, Philadelphia police responded to a call of three overturned headstones at the Jewish Mount Carmel Cemetery. Upon investigation, the police found more than 150 headstones had been vandalized. What came next, however, was an outpouring of love and help from the local community and beyond.

Since Sunday, dozens of volunteers have come out to the cemetery to assist with the clean-up and restoration of the damaged headstones. Groups of all faiths and backgrounds, including local Muslim activist, Tarek El-Messidi, who helped organize a $130,000 fundraiser last week to help with the cleanup of a desecrated Jewish cemetery near St. Louis (Standing Together, WP), were on hand to assist in the clean-up efforts.

Tuesday night, President Donald Trump began his speech to Congress by pointing out the recent rash of vandalism and threats. “Recent threats targeting Jewish community centers and vandalism of Jewish cemeteries,” Trump said, “remind us that, while we are a country that disagrees on policy, we stand united in condemning hate and evil in all of its very ugly forms,” (Outpouring, US News).

The Anti-Defamation League is offering a $10,000 reward for information leading to the arrest and conviction of those responsible for the vandalism (Headstones, NPR).

For more on this story, click here, here, and here.