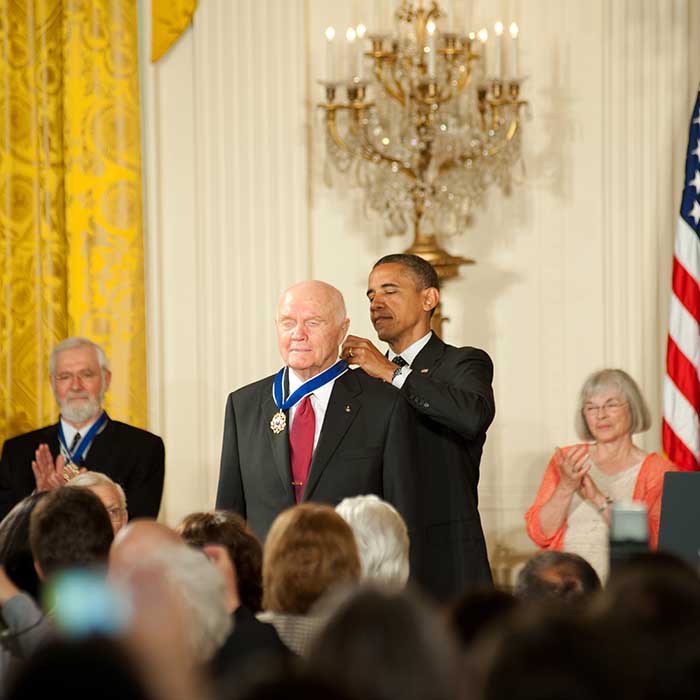 In the pantheon of American legends, names such as Babe Ruth, Marilyn Monroe, Andrew Carnegie, Neil Armstrong, and Elvis Presley come to mind as figures who crafted the American landscape for years to come. Today we have people such as Elon Musk, Beyonce, and others who continue to blaze new trails for both America and the world. This past Thursday, December 8th, 2016, one of those larger than life trail blazers passed away at the age of 95, astronaut and politician John Glenn.

Glenn was the first person to orbit the Earth, completing three orbits of the planet in 1962, during the time of the Cold War and the great “Space Race” between the United States and Russia. Glenn, a Marine Corp pilot, flew hundreds of combat missions during his military career and used his aviation knowledge to become a NASA pilot.

After he retired from his military career, Glenn ran for Senate in his home state Ohio and won four consecutive terms and serving from 1974 to 1998. In 1998, Glenn returned to space, this time as a space shuttle member as part of an experiment to see the effects of space on an older person.

In 2012, Glenn was awarded the Presidential Medal of Freedom from President Barack Obama (see featured image).

Glenn will be laid to rest in Arlington National Cemetery, with all other funeral services to be held in his home state of Ohio (FoxNews Article).

For more on this, please go to the following link: