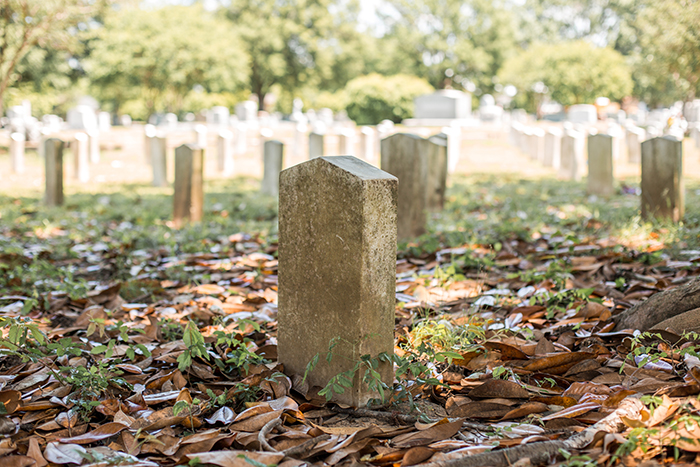 It’s a story, like many others, that starts off with a first date. Marsha and Dennis Allen of Jacksonville, OR, met in 1963 at a drive-in diner. That was the beginning of a relationship that would see them married three years later and continue on with the marriage for a total of 53 years. They promised to be with one another until the end, which was much sooner than Marsha wanted. Dennis passed from cancer.

Dennis is now resting at the Sterlingville Cemetery, which has headstones dating back to the 1800s. The cemetery, however, doesn’t have a full time caretaker or any part time staff to clean the cemetery so Dennis’s, and many others, headstones were left covered with debris and leaves. That all changed when Marsha and Dennis’s son, Jasen Allen, stepped up.

Jasen cleaned his father’s headstone then, seeing the others headstones around him, began cleaning the nearby area. This, in turn, lead Jasen to clean the entire cemetery. “Once I started it was just a good feeling, so I kept going,” Jasen says, “it’s your final resting place you know, so it should look good (NBC5, Good Samaritan).” Jasen even placed flowers at every grave after cleaning.

He still has more work to do but he’s hopeful to be finished with the project before he has to go back to work next week.

A story of love, started 53 years ago, has a wonderful bookend of a son for his parents.

For more on this story by NBC5’s Kristin Hosfelt, click here.