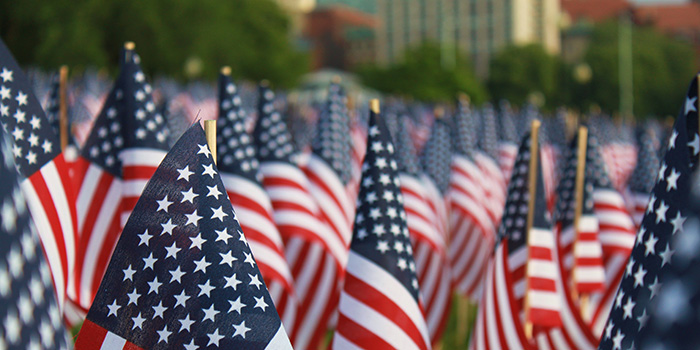 For many people, Memorial Day weekend consists of sunshine, grilling, and a glorious three days away from work and school. For those in the cemetery and death care industry, the busyness of the season is nearly equivalent to Christmas.

Whether you are enjoying a weekend getaway or frantically organizing special events, here are a few facts about Memorial Day to get you in the true holiday spirit.

1. Americans are requested to pause in remembrance at 3 p.m.

In an effort to re-educate Americans of the day’s true meaning, the “National Moment of Remembrance” resolution was passed in 2000. The resolution asks Americans to “pause for one minute at 3:00 p.m. (local time) on Memorial Day, to remember and reflect on the sacrifices made by so many to provide freedom for all.” The time was chosen because 3 p.m. “is the time when most Americans are enjoying their freedoms on the national holiday.”

2. Its roots are in the Civil War.

The holiday was a response to the unprecedented carnage of the Civil War. The great loss of life (roughly 620,000 soldiers) on both sides resulted in spontaneous commemorations of the deceased across the country. Although Memorial Day originally honored deceased Civil War military personnel, it now honors those who died in any war while serving with the United States.

3. Waterloo, New York is the recognized — but debated­ — birthplace of Memorial Day.

In 1966, Congress unanimously recognized Waterloo as the holiday’s birthplace. However, it is still a topic of debate, as other towns also claim to be the birthplace of Memorial Day. Cities and villages among those competing for the title are Macon, Ga., Columbus, Ga., Richmond, Va., Boalsburg, Pa., and Carbondale, Ill.

4. Decoration Day was its original name.

Before Memorial Day became an official title in the 1880s, the day on which soldiers would decorate graves of their fallen comrades with flowers and flags was called Decoration Day. The Memorial Day title was not legally recognized until 1967.

5. The date was moved to ensure a long weekend.

General John A. Logan, commander in chief of the Grand Army of the Republic, called for the holiday to be observed on May 30. However, due to the Uniform Monday Holiday Act in 1971, Memorial Day was moved to the last Monday of May in to ensure long weekends.

6. The red poppy custom was inspired by a World War I poem.

Traditionally, red poppies are worn as a symbol of remembrance to honor those who died in war. This custom was inspired by the World War I poem “In Flanders Fields” by John McCrea. A volunteer war worker began a campaign to make the poppy a tribute symbol in 1915.

Alabama, Georgia, Louisiana, Tennessee, Mississippi, North Carolina, South Carolina, Texas and Virginia all set aside a day to honor the Confederate dead. The specific days vary, but only Virginia observes Confederate Memorial Day on the last Monday of May.

8. Memorial Day 2016 travel volume is predicted to be second-highest on record.

AAA projects more than 38 million Americans will be travelling over this Memorial Day weekend, which would be the second-highest Memorial Day travel volume on record (the highest being in 2005). “Americans are eagerly awaiting the start of summer and are ready to travel in numbers not seen in more than a decade,” said Marshall Doney, AAA President and CEO. “The great American road trip is officially back thanks to low gas prices, and millions of people from coast to coast are ready to kick off summer with a Memorial Day getaway.”