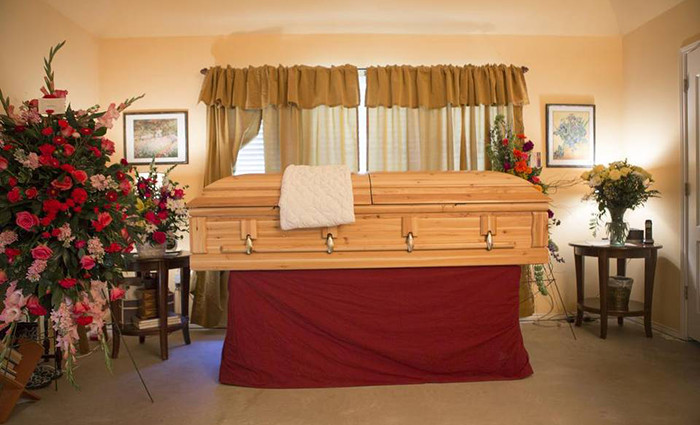 Families hosting funerals in their own homes is not a new concept. Taking care of the dead without a funeral director dates back to the pioneer days. Funeral homes became the norm during the Civil War, when embalming procedures were refined.

Although there are no statistics on how common they are, home funerals appear to be increasing in popularity once again.

“The consensus is that home funerals are happening in one form or another all over the country in increasing numbers,” Lee Webster, president of the National Home Funeral Alliance, told Star-Telegram.

“Home funerals are by nature private. We can’t know what people are doing once we’ve given them the tools,” said Webster. “We do know that our membership is growing exponentially. And we are training people all over the country — the world, really — to teach others, who teach others, and so on.”

Contrary to what many may believe, home funerals are legal in every state. Texas is no exception to the trend.

According to Jim Bates, a North Texas-based guide for the National Home Funeral Alliance, the most popular location in Texas for home funerals appears to be the Austin area, with about a dozen a month, compared with about one a month in Dallas–Fort Worth.

Bonnie Smith of Arlington had a home funeral for her husband earlier this year. She ordered a casket from a community of Roman Catholic monks and saved $1,600 by signing her name as an acting funeral director on the death report.

“We basically bypassed the funeral industry,” she said, aside from working with a funeral home to open and close the grave.

Smith’s daughter, April Pickle, was skeptical of the idea at first, but soon agreed.

“That’s what was surprising to me,” Pickle said. “That none of it made me feel squeamish. It felt so right and natural.”

Robert Denboer of Fort Worth was first introduced to the home funeral concept through a YouTube video.

“I got two impressions out of it,” said Denboer. “One, that it was morose, even kind of gross, just too strange. But the other impression I got was that the two ladies talking about it were very sincere and felt it was the only way to fully experience that their loved one was gone and to be reconciled with that.”

Denboer held a home funeral for his wife, who had been fighting cancer. Cost was initially a factor in his family’s decision, but he also wanted a more personal funeral experience.

“When we got her from the morgue, she was in terrific condition, and her face was very natural,” he said. “She looked better than anyone I had seen who had passed.”

He used small packs of dry ice to keep the body cool. His daughters agreed that she did not need cosmetics.

“We just put jewelry on her,” he said. “She looked beautiful. I was surprised.”

The original article was written by Robert Cadwallader for the Star-Telegram.  Read more here: http://www.star-telegram.com/news/local/community/fort-worth/article38772249.html#storylink=cpy